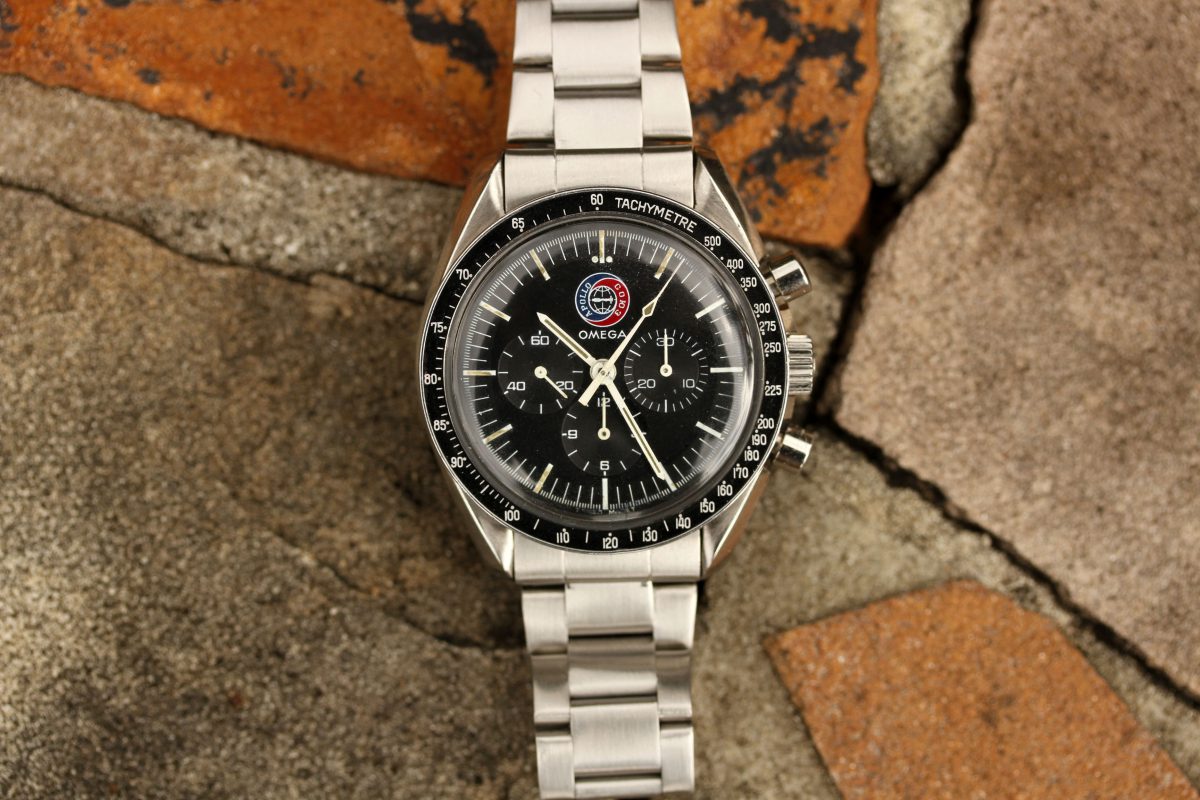 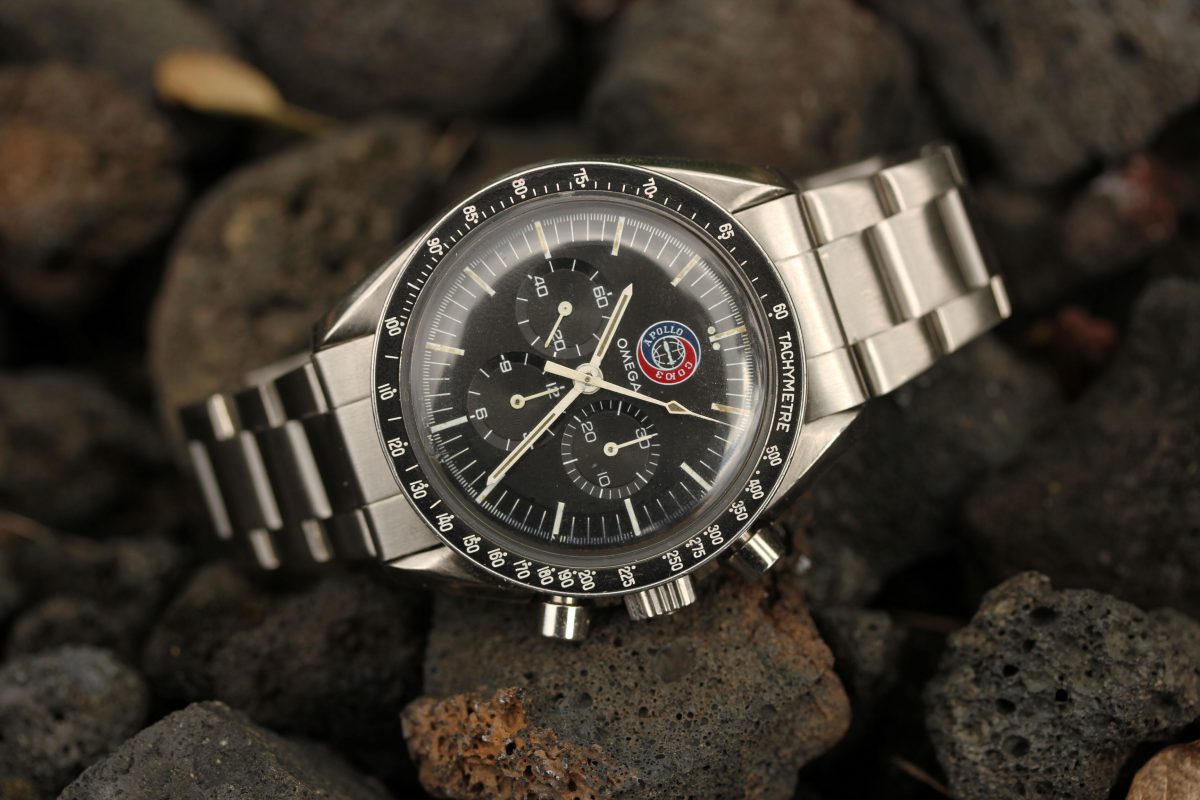 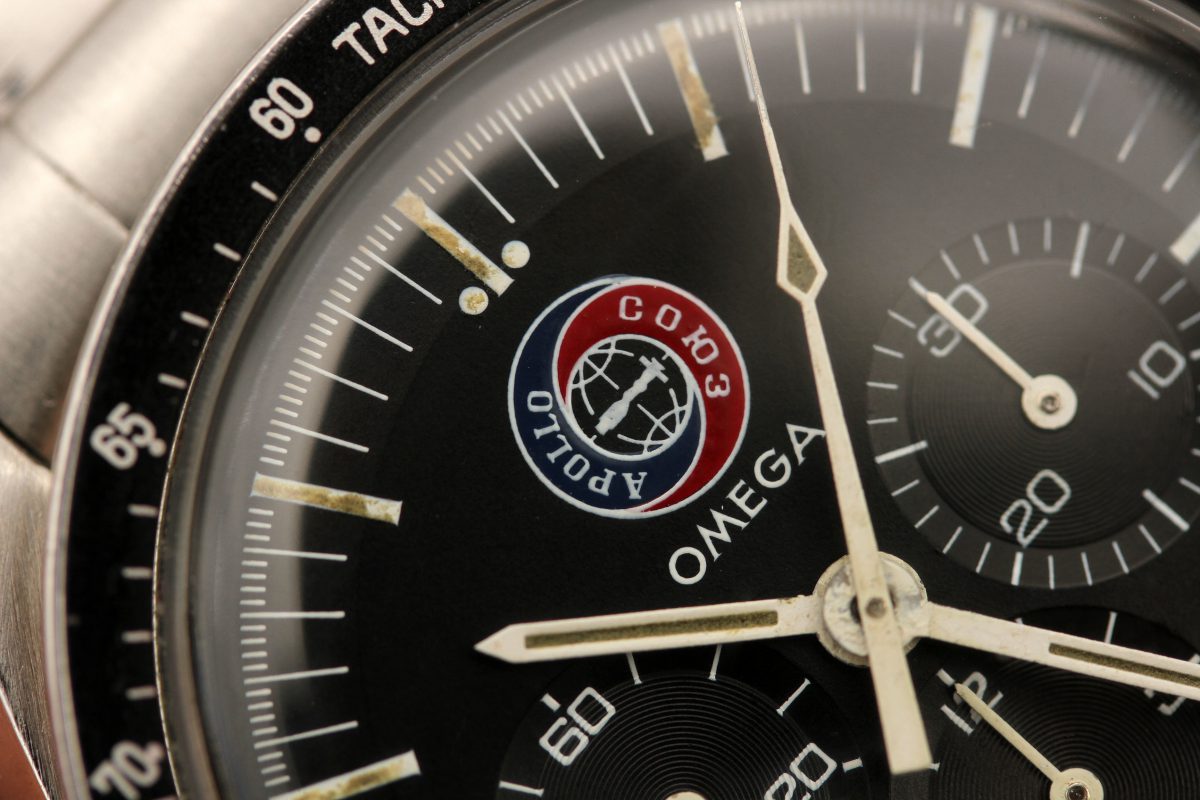 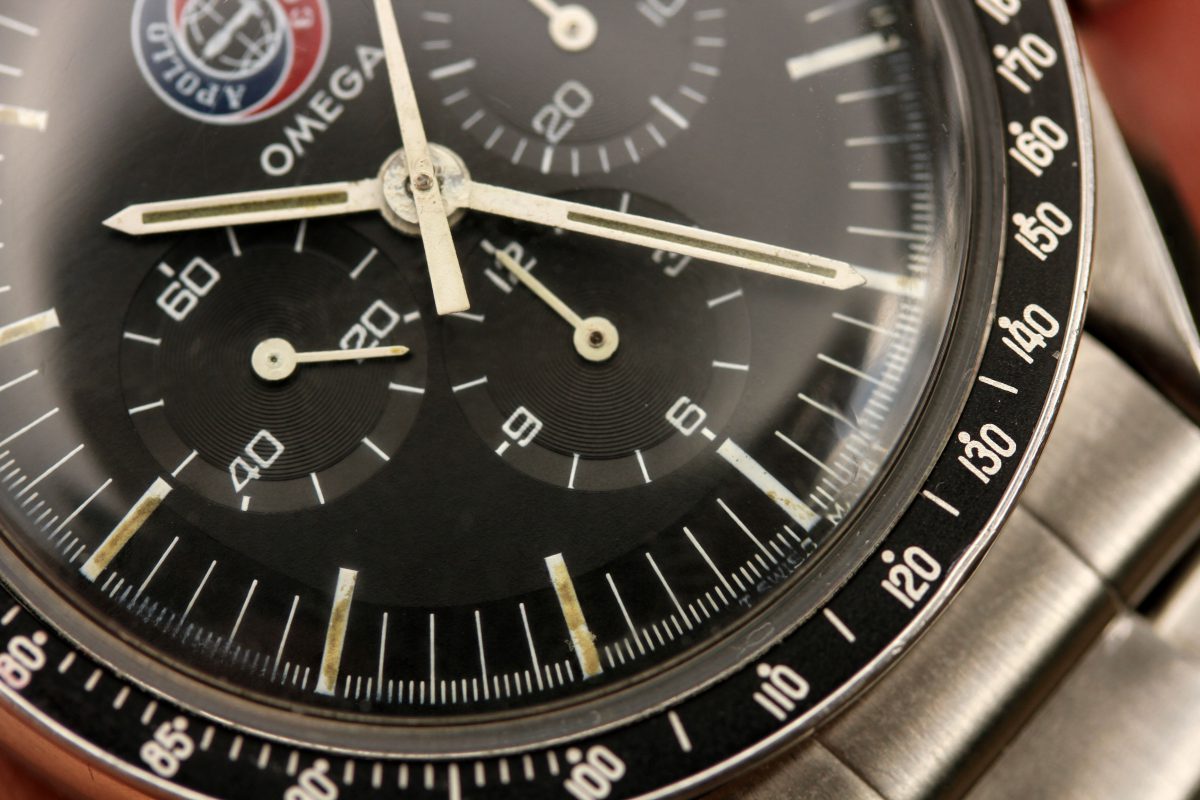 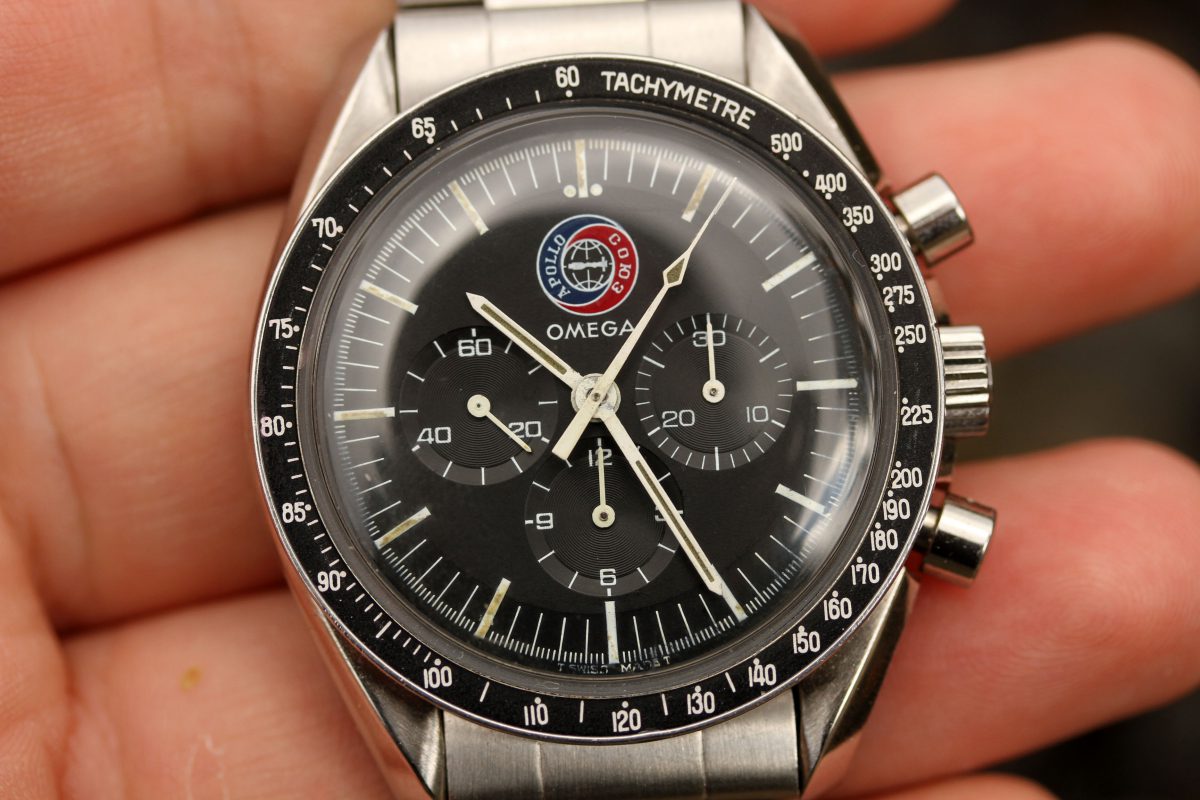 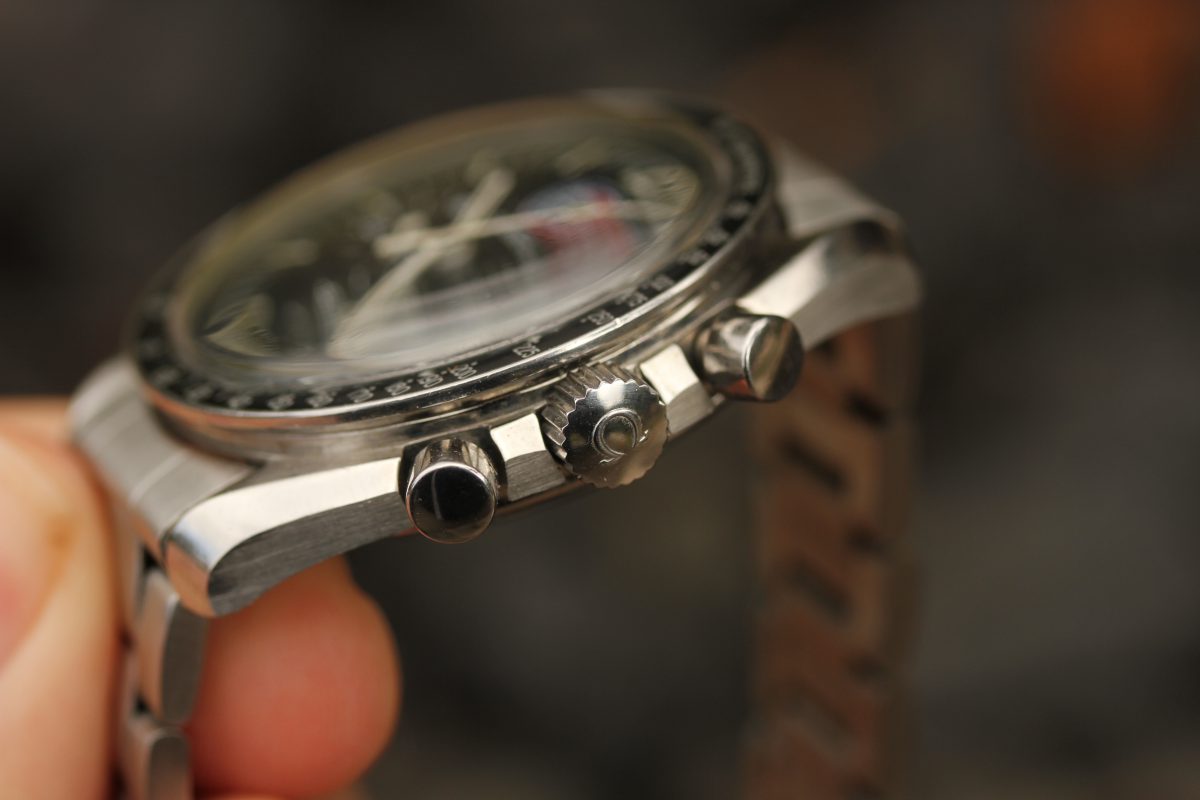 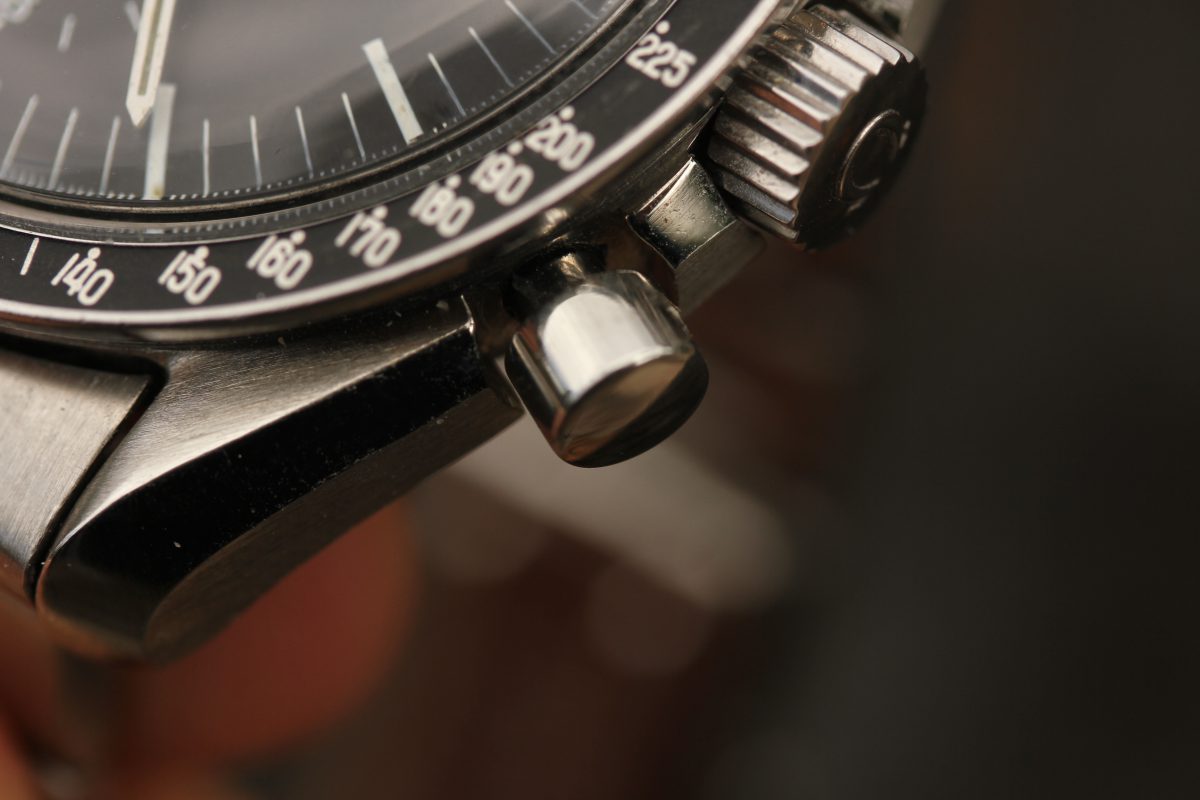 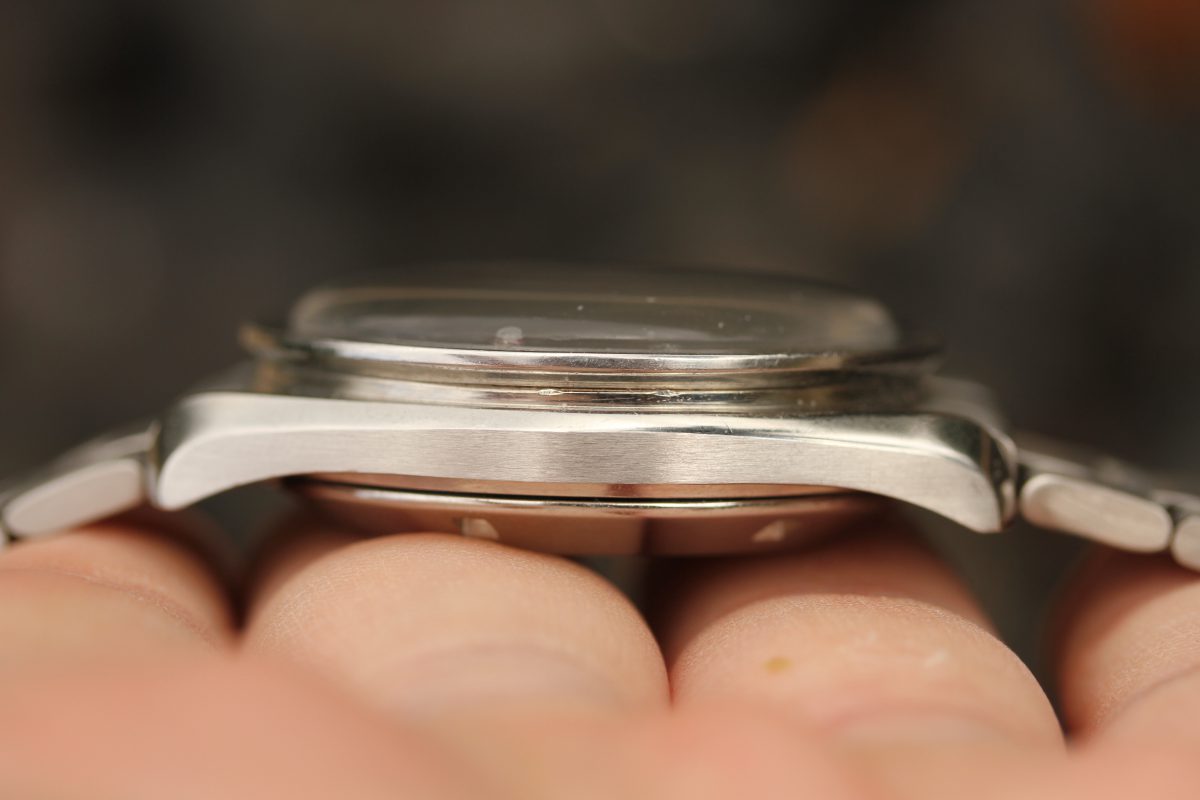 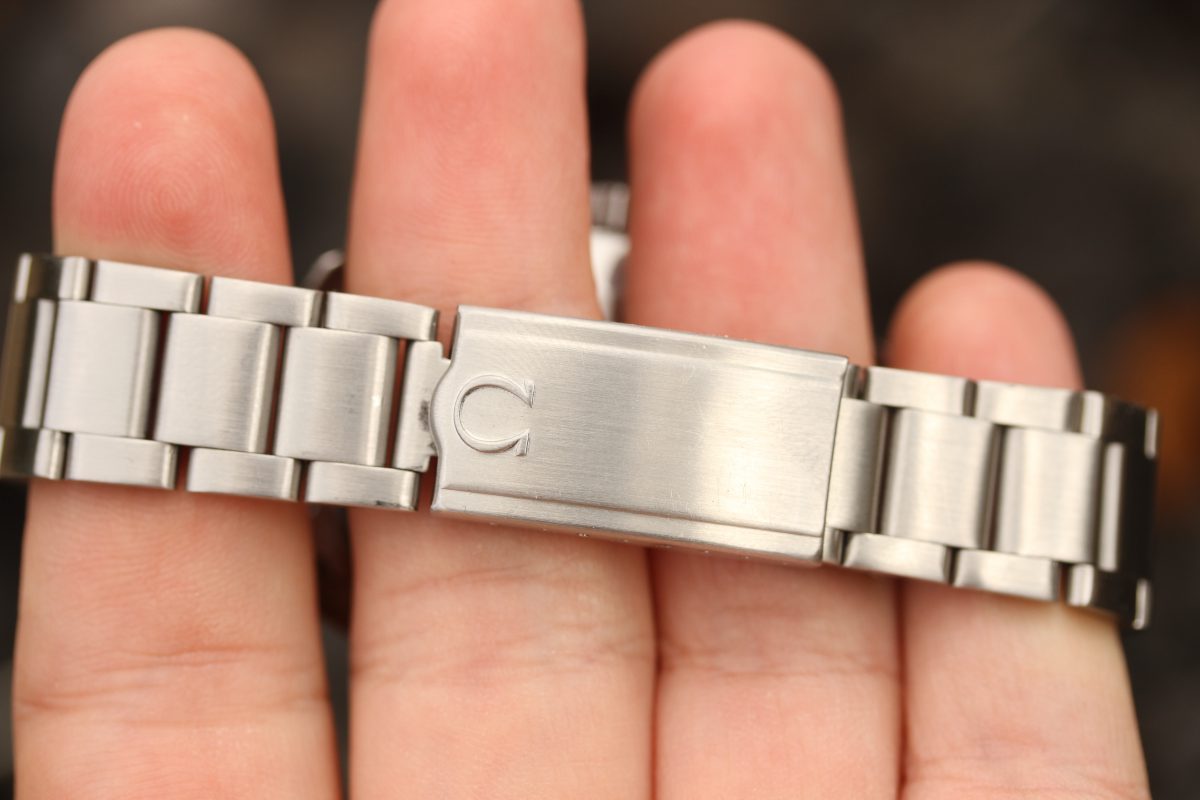 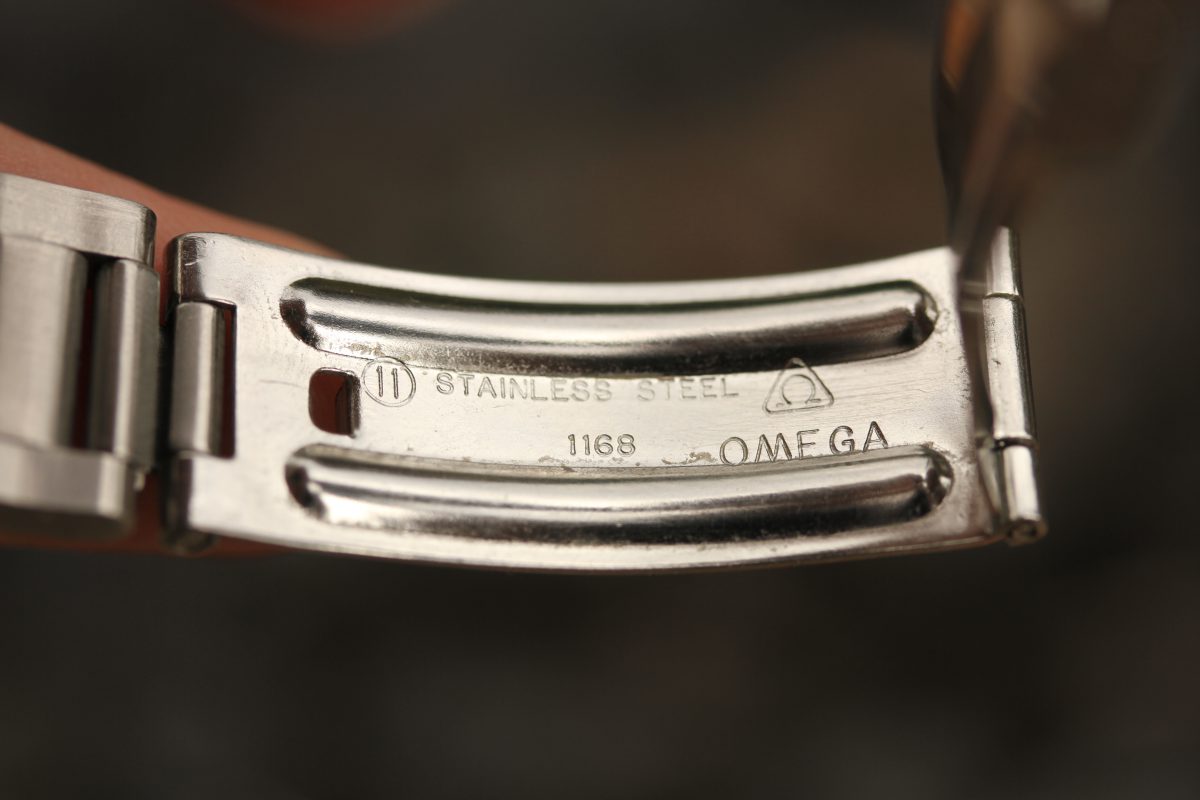 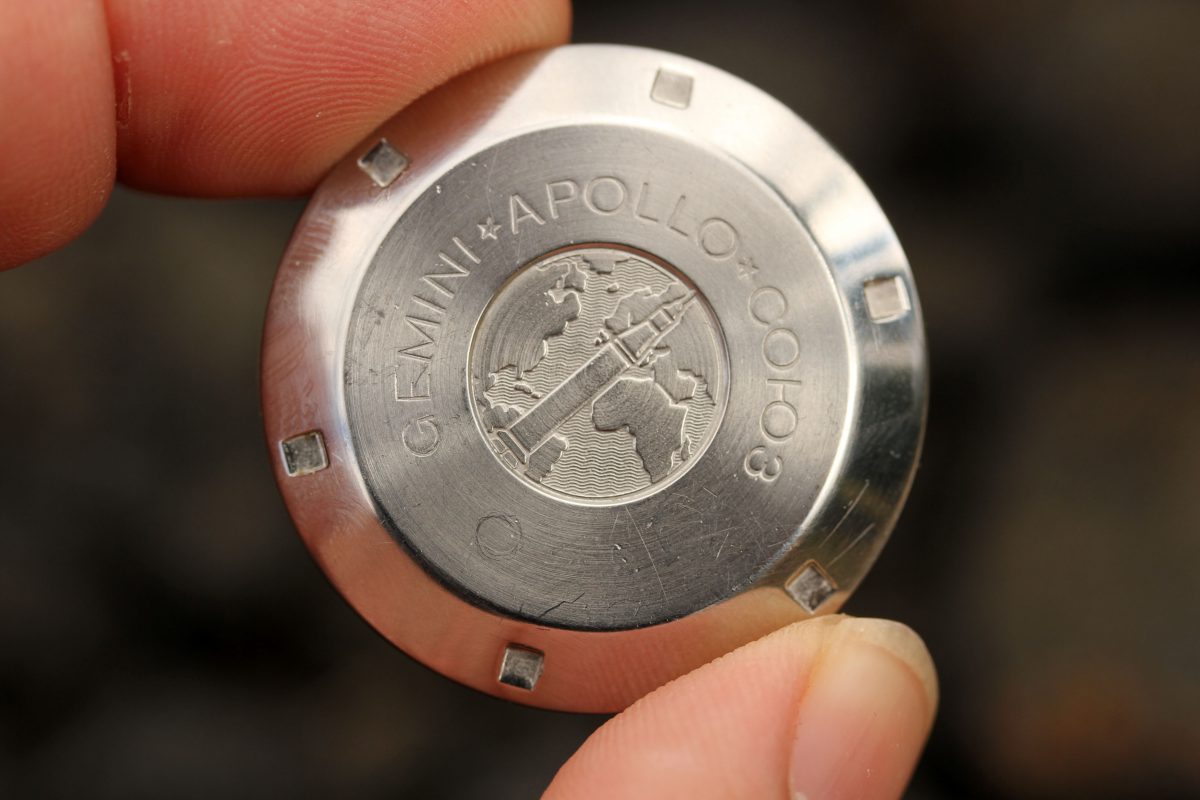 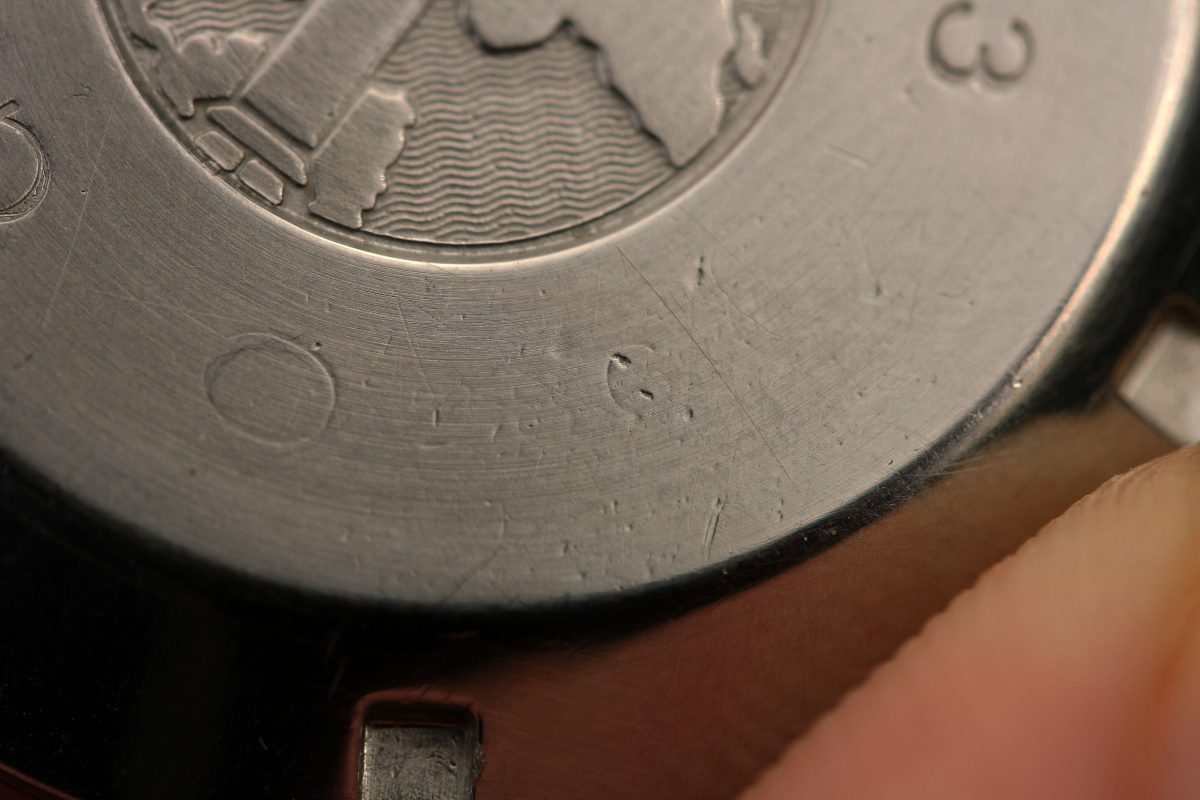 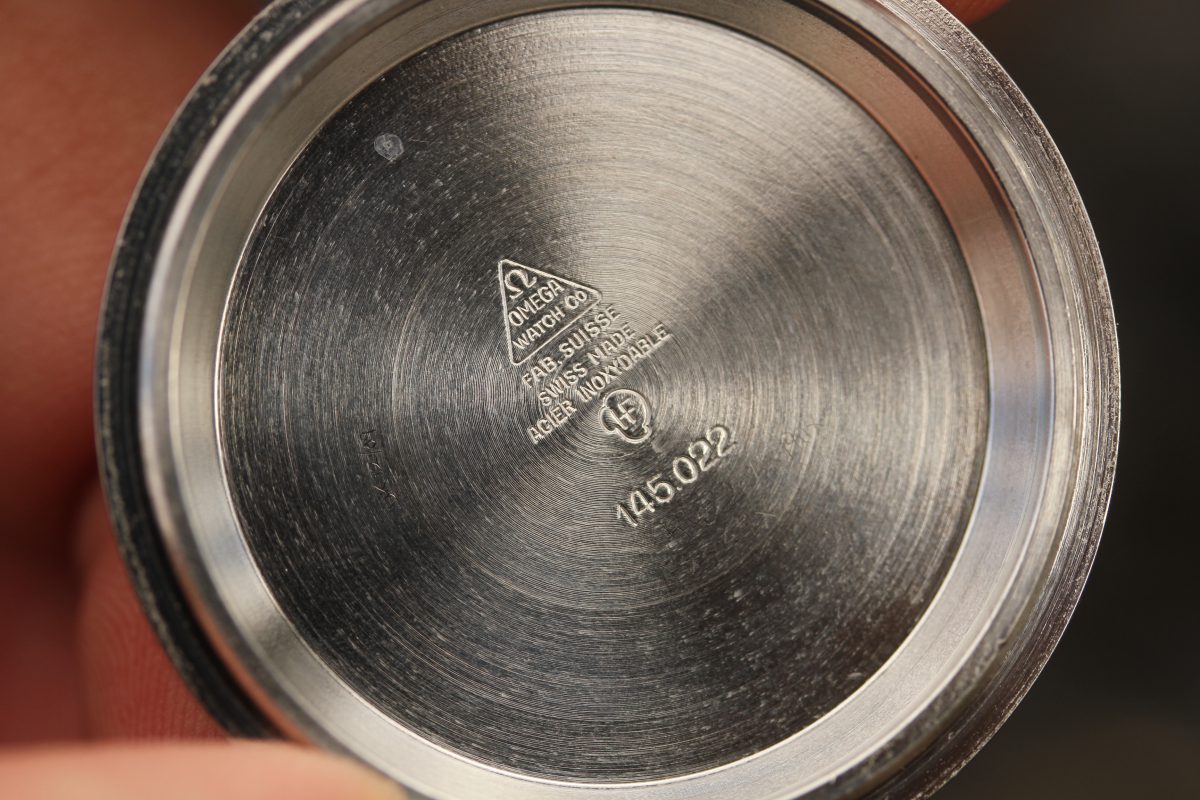 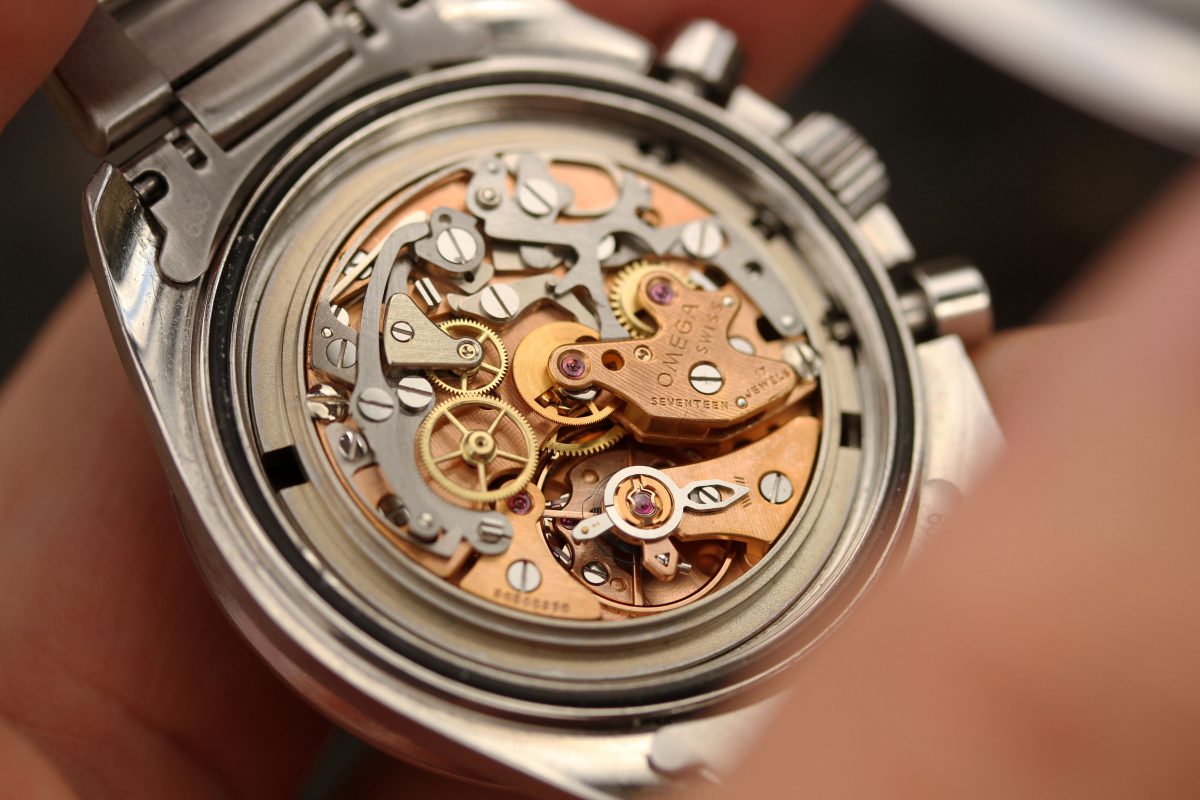 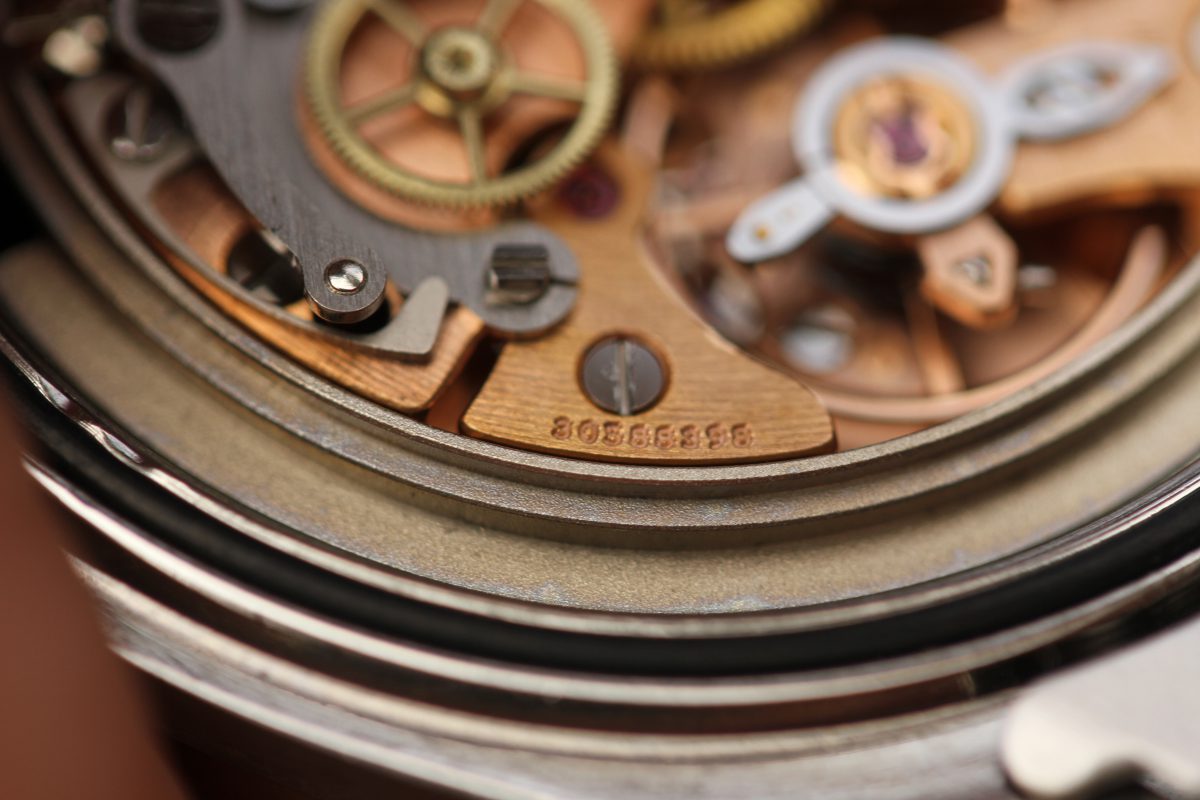 PLEASE NOTE! If you are using PayPal/Credit Card as a form of payment, we cannot refund the processing fee of 3% if you decide to return the watch. New PayPal policy states that they will no longer refund the fee they take from us even if the watch is returned and transaction is reversed. Again, if you pay by PayPal or Credit Card (which is processed by PayPal) and decide to return the watch, you will be getting a refund in amount 3% less than what you originally pay.
Categories: Omega, Paypal Disabled, Speedmaster Moon, Vintage
Browse

Up for grabs is an Omega Speedmaster Apollo-Soyuz

The Apollo-Soyuz Speedmaster was the first limited edition STEEL Speedmaster released by Omega and only a second LE ever after the 1969 solid gold Speedmaster. This watch was made for the Italian market only to commemorate the successful mission on July 17th, 1975 when the American Apollo and Soviet Soyuz spacecrafts successfully docked.

The watch features a special logo on dial by 12 o’clock, a special and individually numbered caseback, a modified caseband which fit 5.5mm pushers, instead of normal 5mm, and all of these watches came on Omega 1168 bracelet (which looks like Rolex Oyster bracelet).

This watch is numbered 286 on caseback and movement is 30,588,398. Clearly, the serial number is outside of the “official” range. I have reached out to Omega and they cannot confirm this serial number as Apollo-Soyuz watch in their records, but they do confirm that this movement was sold to Italian market in 1970. Omega does not have records of limited edition numbers on this model as these numbers were added by De Marchi, in Italy and not by Omega in Switzerland.  The pushers are 5mm but you can see that the caseband is indeed modified to fit a larger, 5.5mm pusher. These are the facts that I can tell and show you, but I cannot tell you for sure that this watch was assembled my De Marchi using an older movement and sold as a new Apollo-Soyuz to someone in late 70’s or if this watch had to go in for service at some point and they had to change the movement and pushers by a watchmaker in Italy.

The condition of the case is excellent without major dings or dents. Pushers appear to be replaced at service.

Dial is original, with correct and original Apollo-Soyuz logo. Some of the lume is missing from the markers.

Caseback is original, stamped 145.022 inside, has the special Apollo-Soyuz engraving on outside in English and Russian languages and has the De Marchi engraved limited edition number 286 which shows wear from age and use, yet still visible.

There are no box or papers. There is no provenance or history on the watch except that it was taken in on trade by a modern watch dealer in Canada and ultimately ended up with me. We have reached out to the previous owner seeking further info, who only mentioned that he had purchased the watch few years ago in the UK.