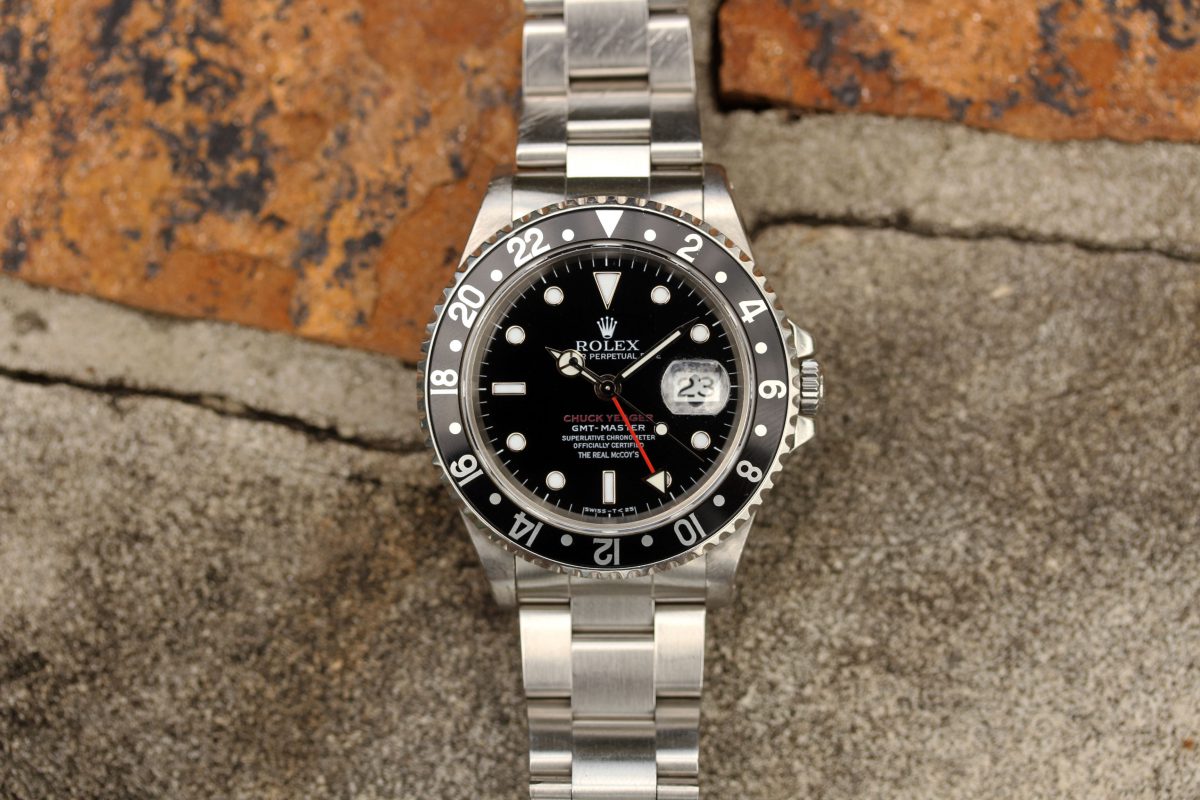 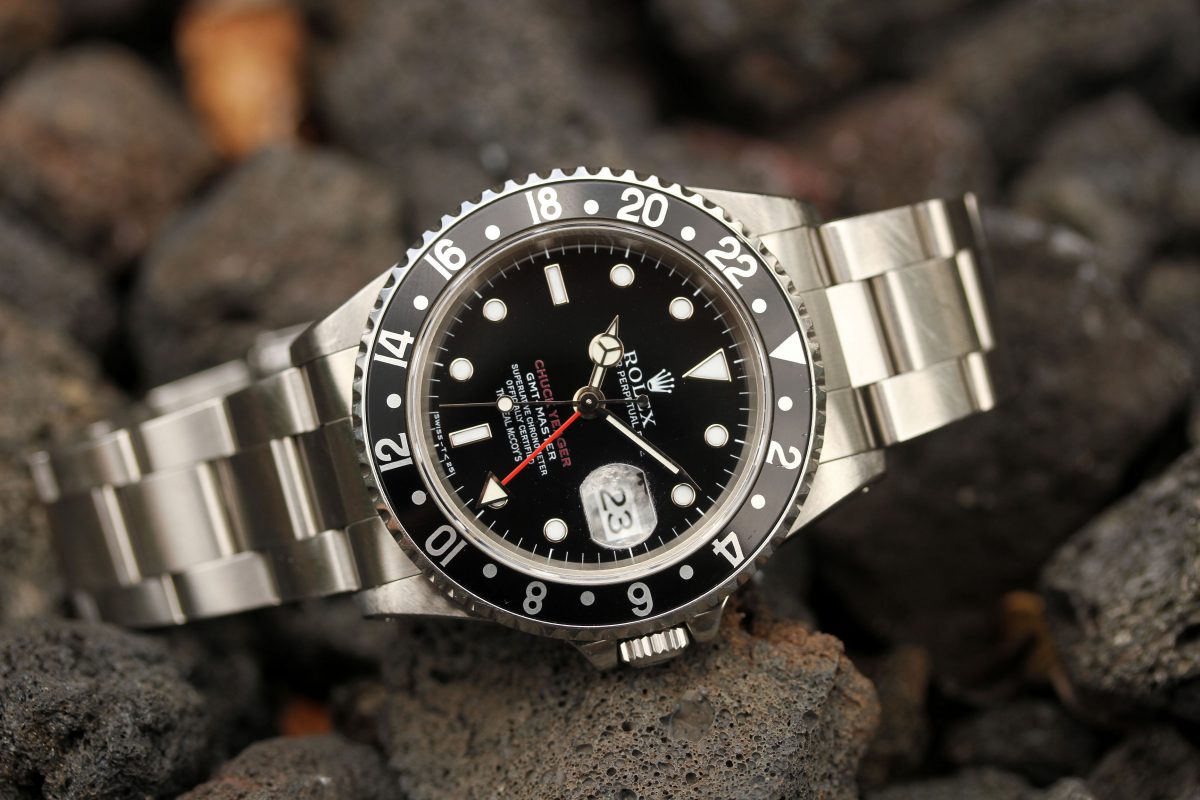 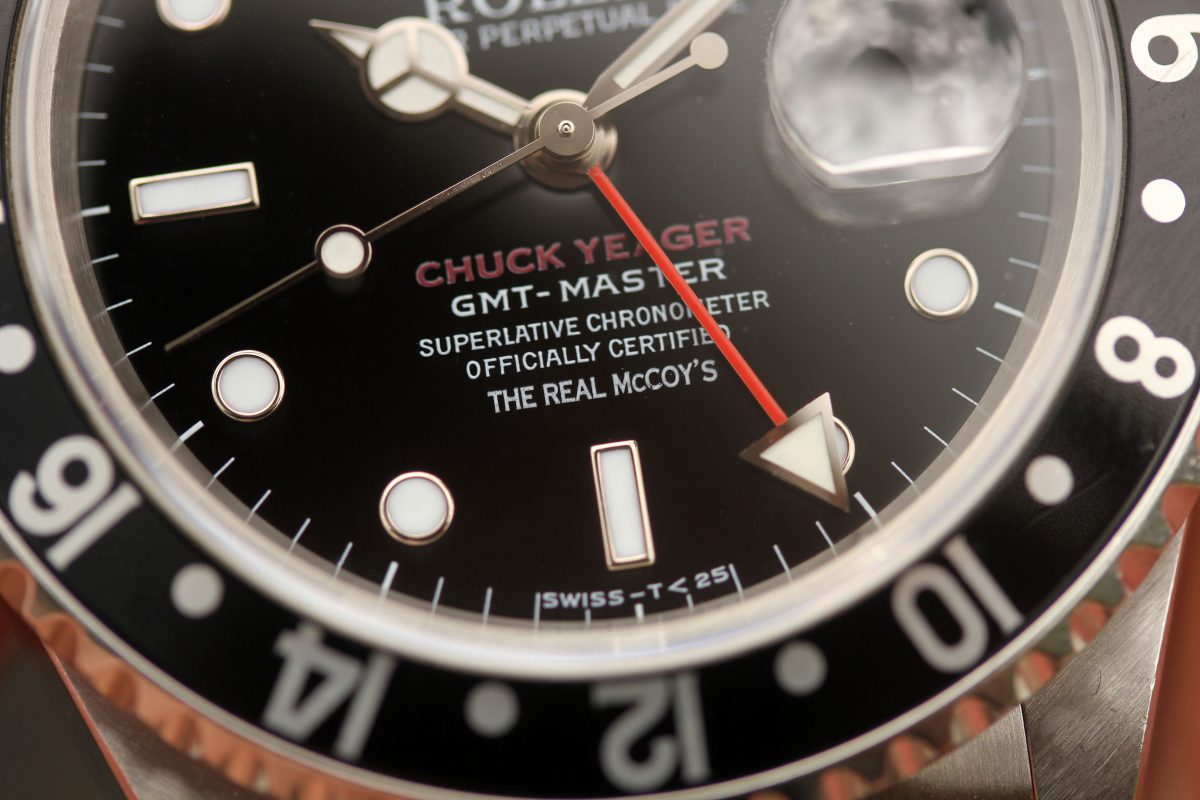 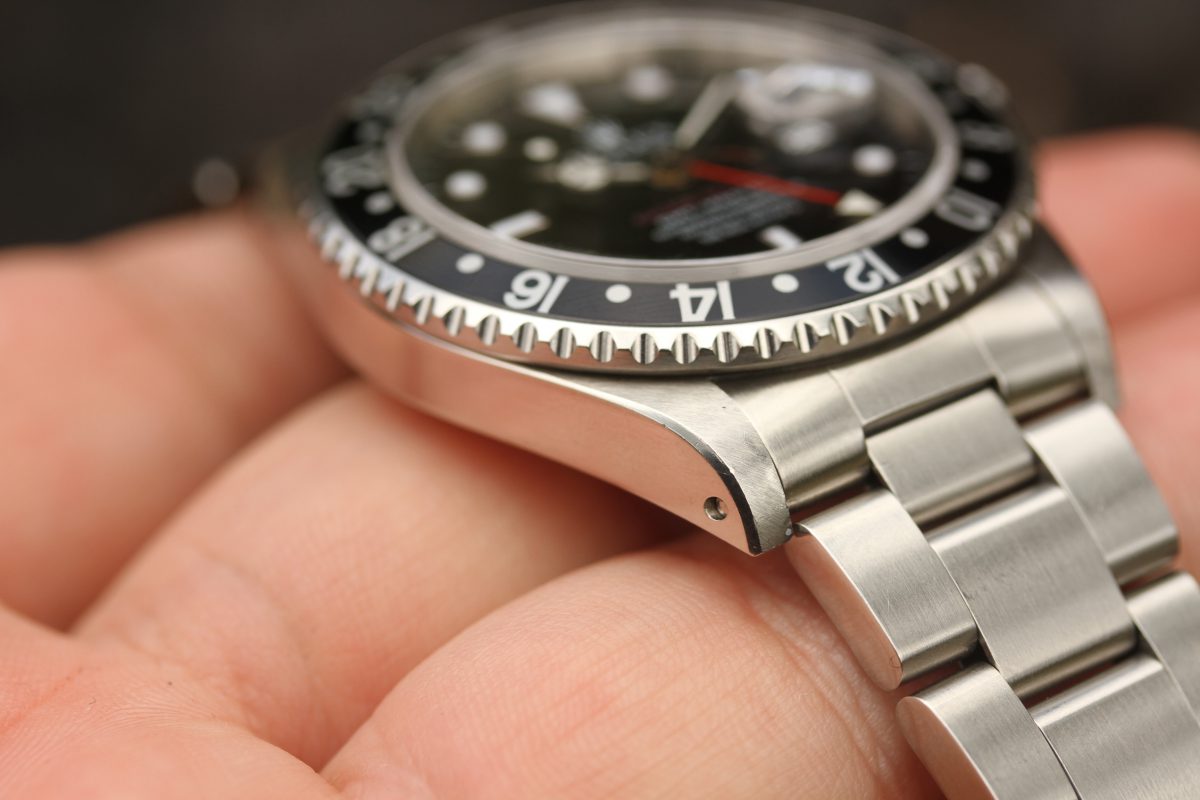 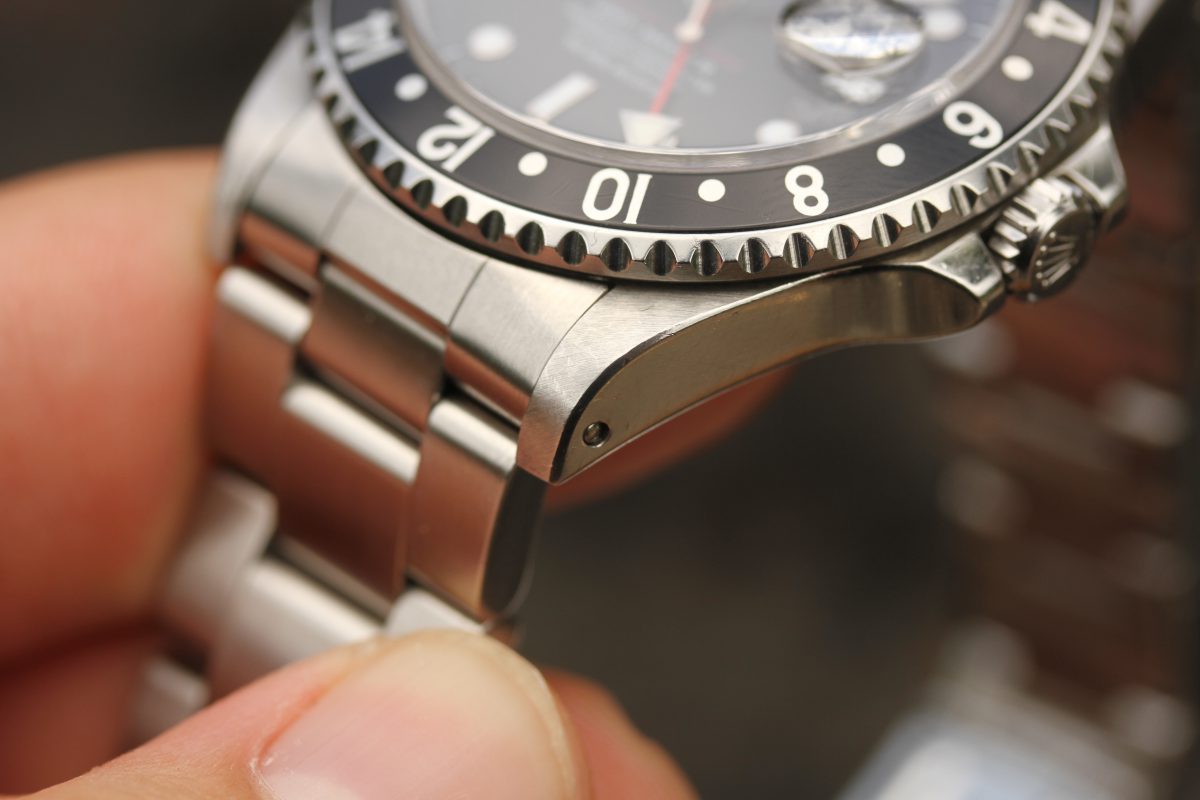 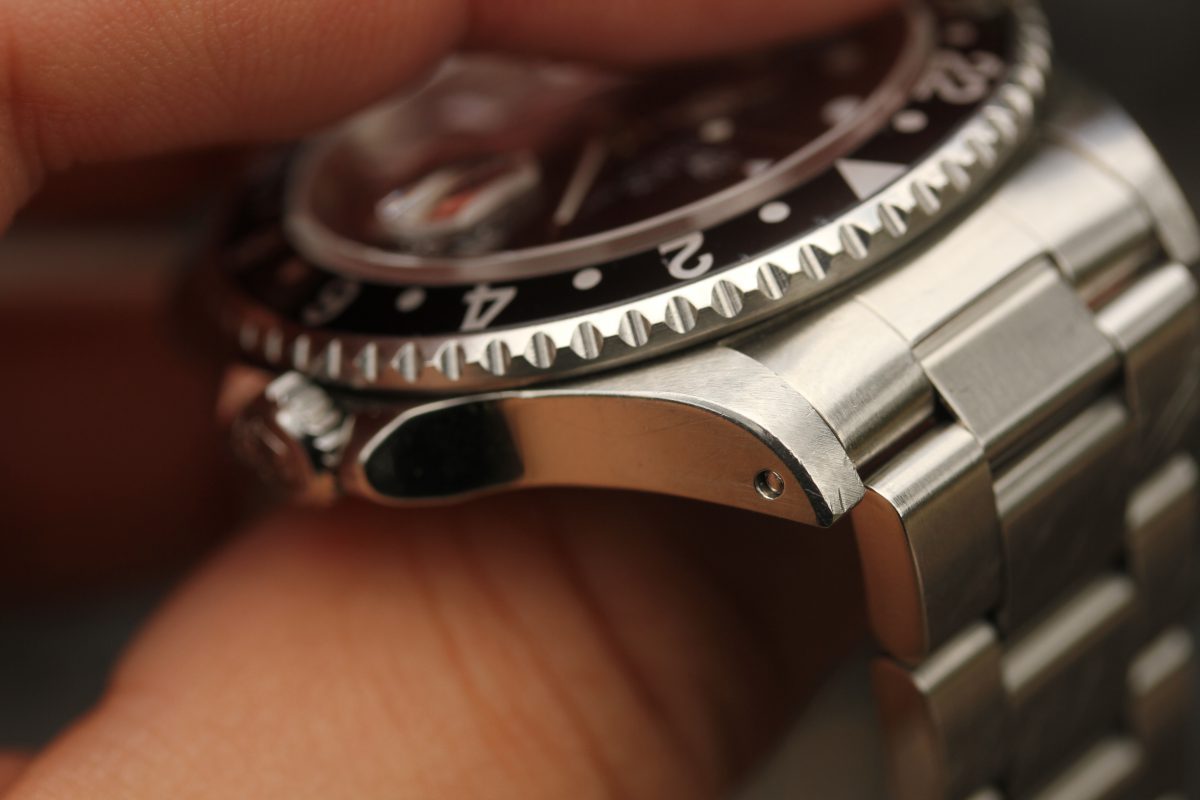 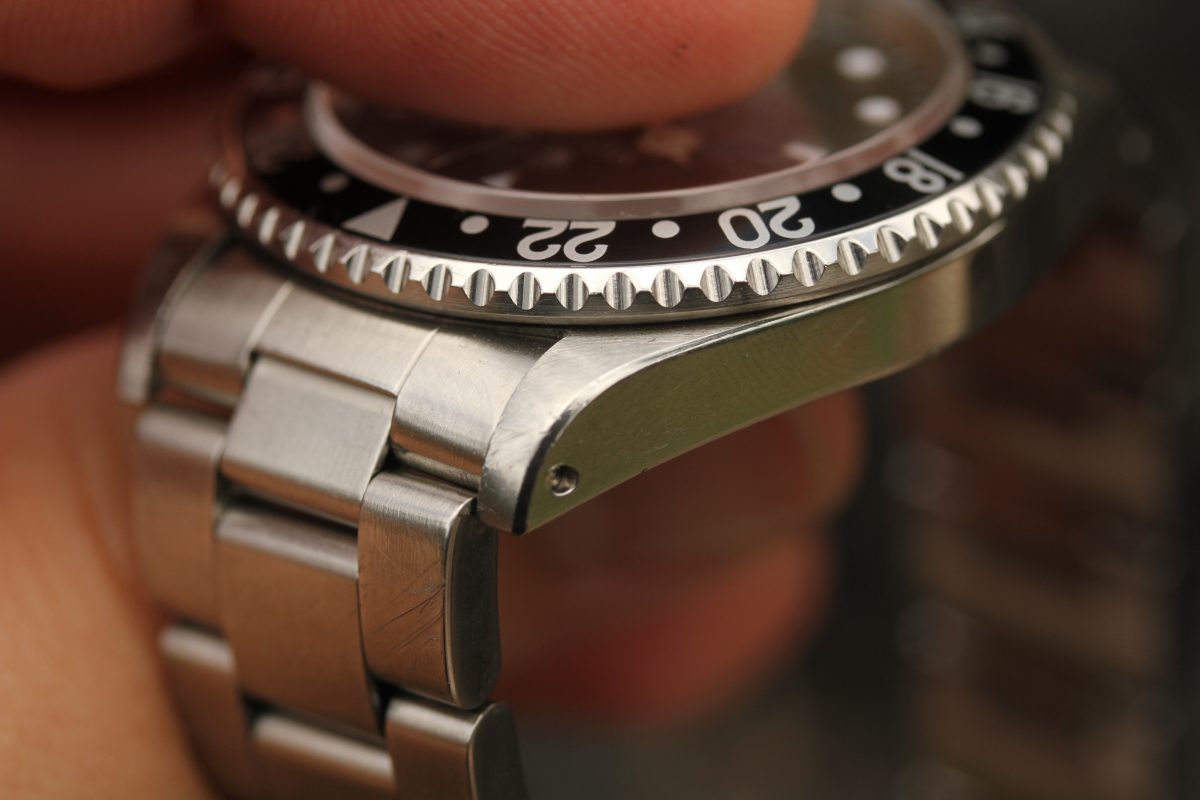 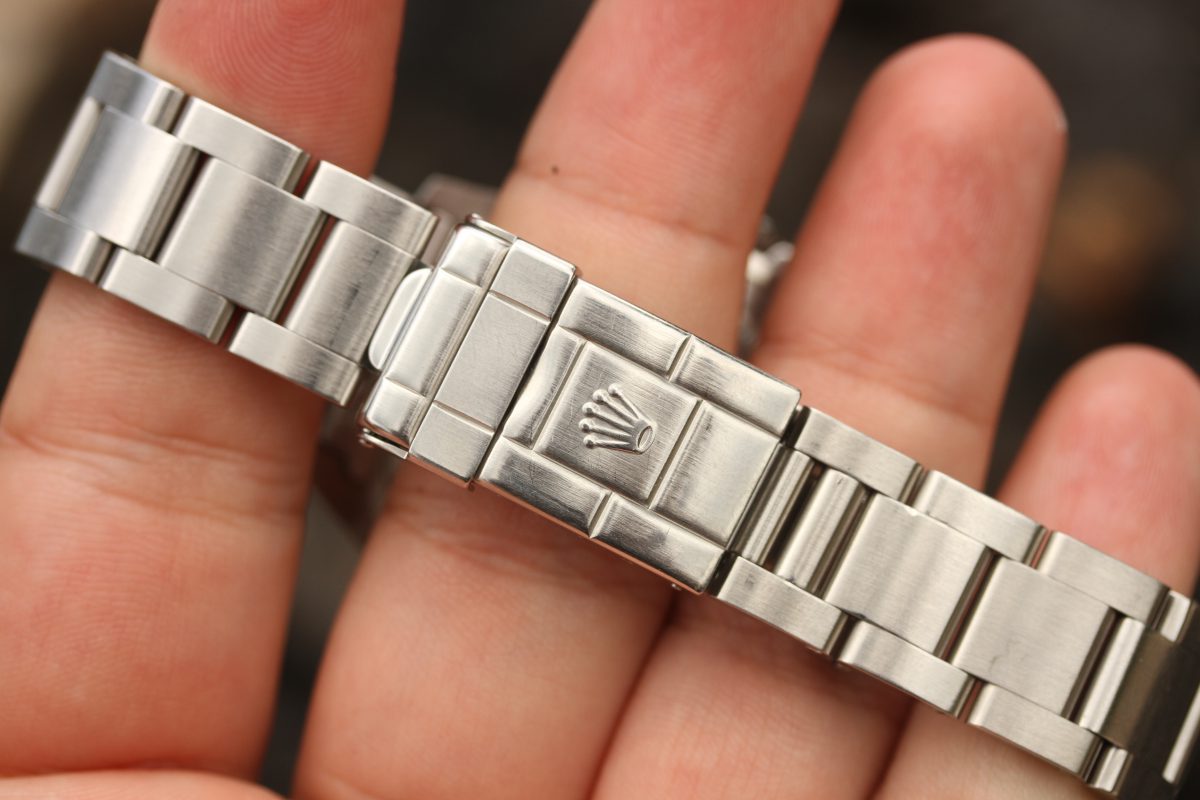 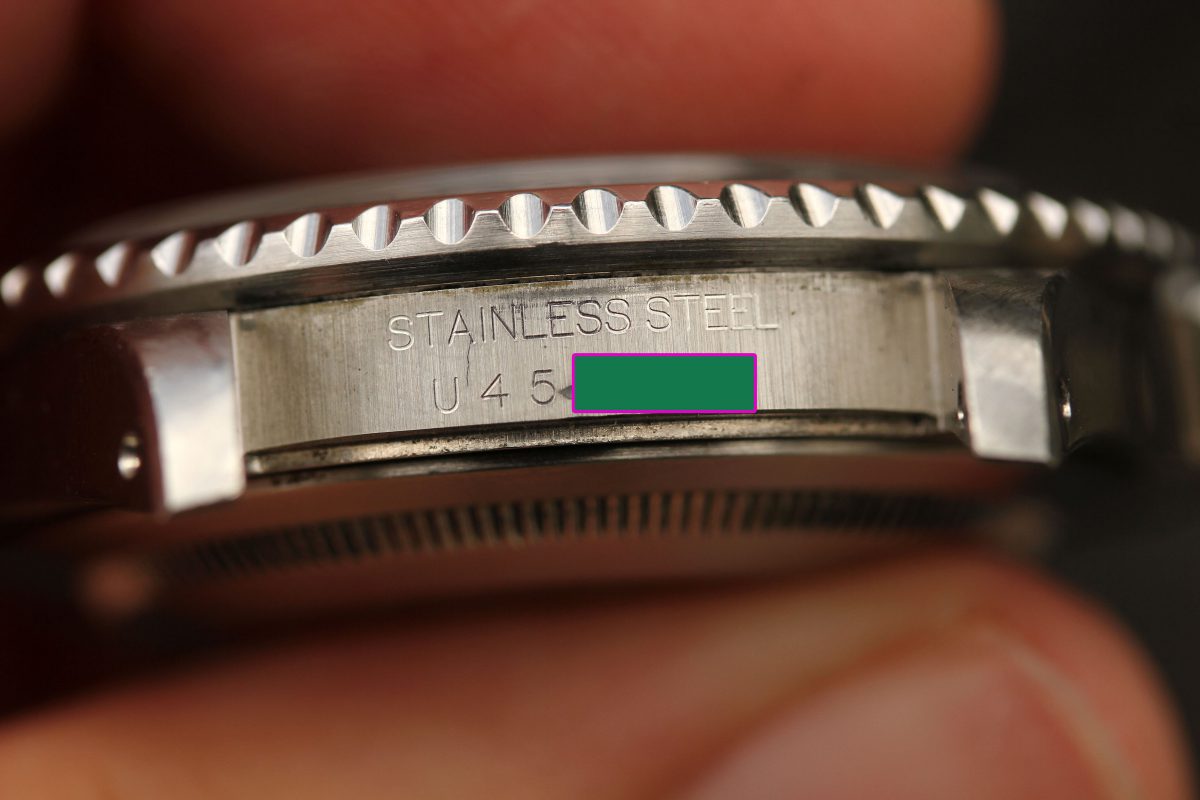 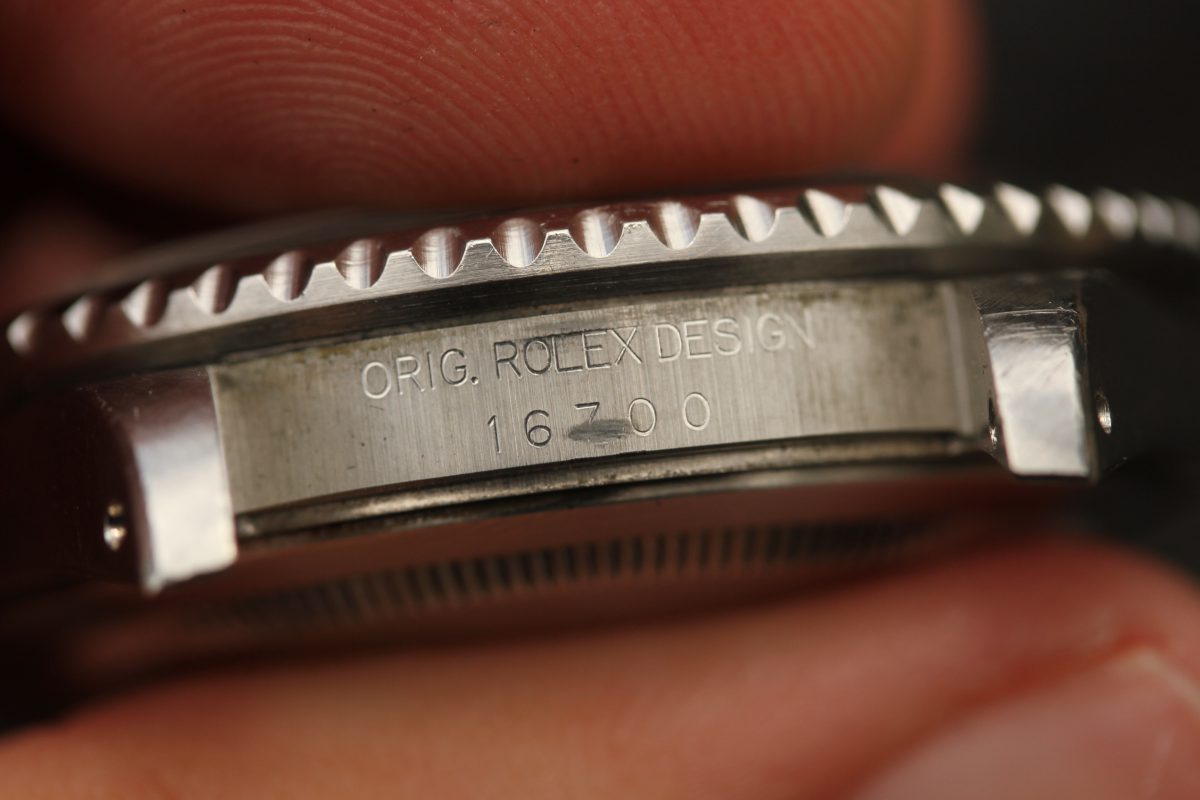 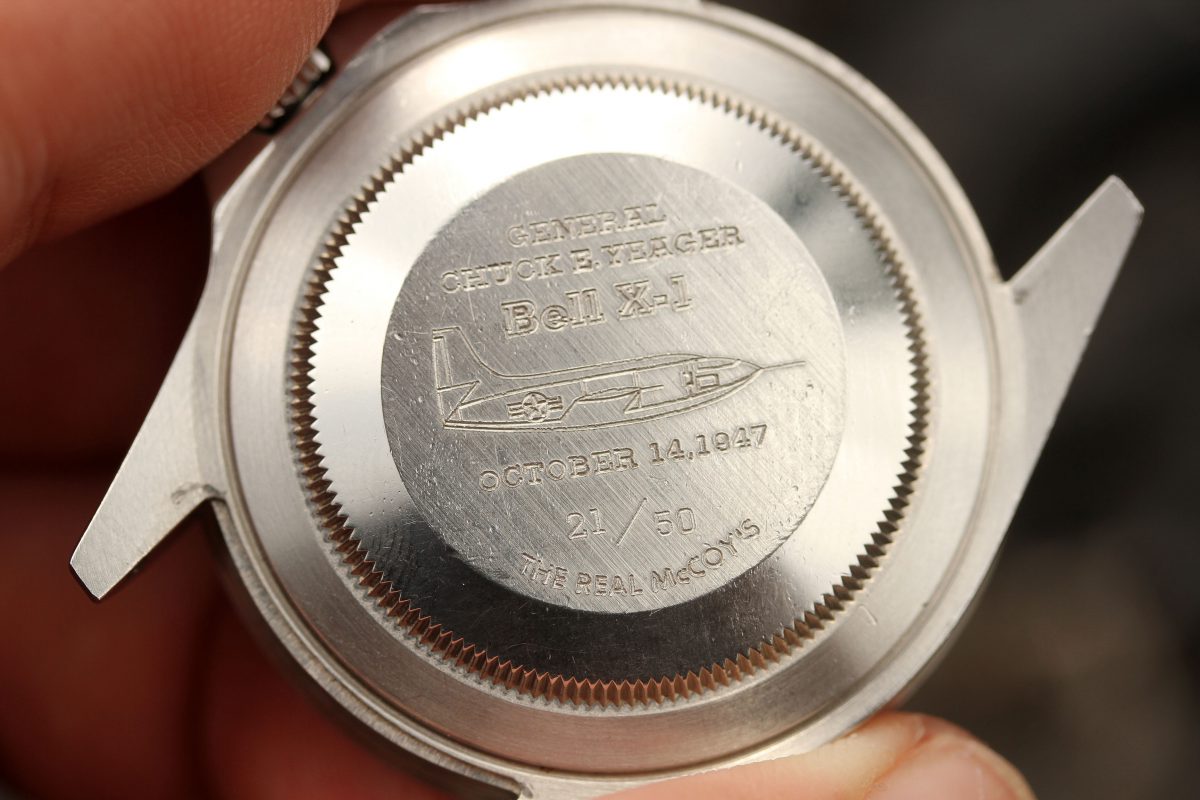 PLEASE NOTE! If you are using PayPal/Credit Card as a form of payment, we cannot refund the processing fee of 3% if you decide to return the watch. New PayPal policy states that they will no longer refund the fee they take from us even if the watch is returned and transaction is reversed. Again, if you pay by PayPal or Credit Card (which is processed by PayPal) and decide to return the watch, you will be getting a refund in amount 3% less than what you originally pay.
Categories: Featured, GMT-Master, Paypal Disabled, Rolex, Vintage
Browse

Up for grabs is a Rolex GMT-Master

U serial number circa 1997 production

On October 14, 1947 Air Force Captain Chuck Yeager (1923) became the first man to travel faster than the speed of sound, when his Bell X-1 experimental plane flew over the Mojave Desert at Mach 1. Throughout his long and illustrious career Brigadier General Yeager has been known to wear a Rolex watch and in 1947 he wore his Rolex Oyster Perpetual wristwatch. He was so impressed with the durability of the watch that a few years following the event, Yeager sent a signed autograph image of the Bell X-1 and himself to Hans Wilsdorf, and 60 years later Rolex featured Yeager in an advertisement as a testament to his exceptional career.

The present reference 16700 GMT-Master is a 1997 limited edition made of 50 examples by the Japanese firm, The Real McCoy’s in honor of the 40th anniversary of Yeager’s outstanding feat. The model 16700 was released in the late 1980s and featured a sapphire crystal and white gold chaton’s for the numerals. The customized Real McCoy’s examples sport a dial with a red “Chuck Yeager”, and the case back has been engraved “General Chuck E. Yeager Bell X-1 October 14, 1947 18/50 The Real McCoy’s”.

The condition of the watch itself is excellent. It appears to be unpolished with factory chamfers. Nice fat font bezel insert is original.

Original and tight bracelet with correct U date code.

Watch comes with Rolex boxes, the Real McCoy’s warranty paper with matching numbers and Rolex hang tags. These watches never came with traditional Rolex warranty papers, so this watch is considered complete and as it came.