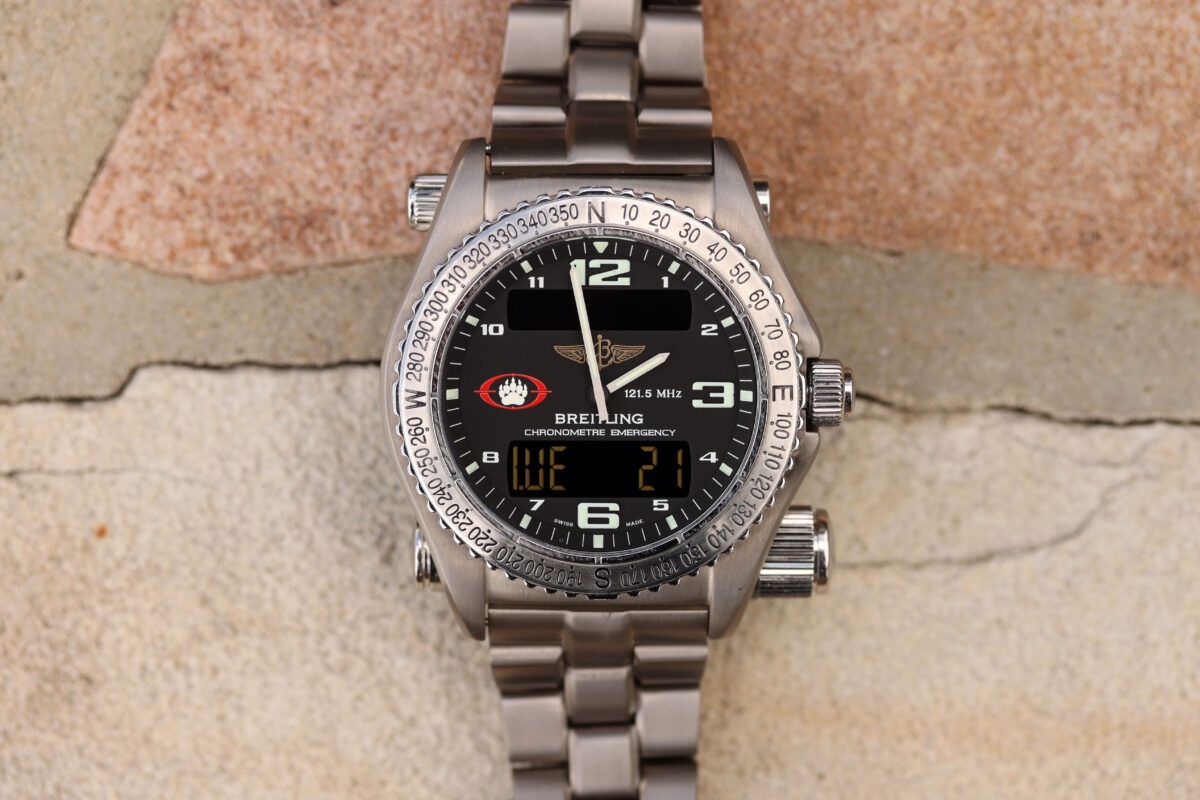 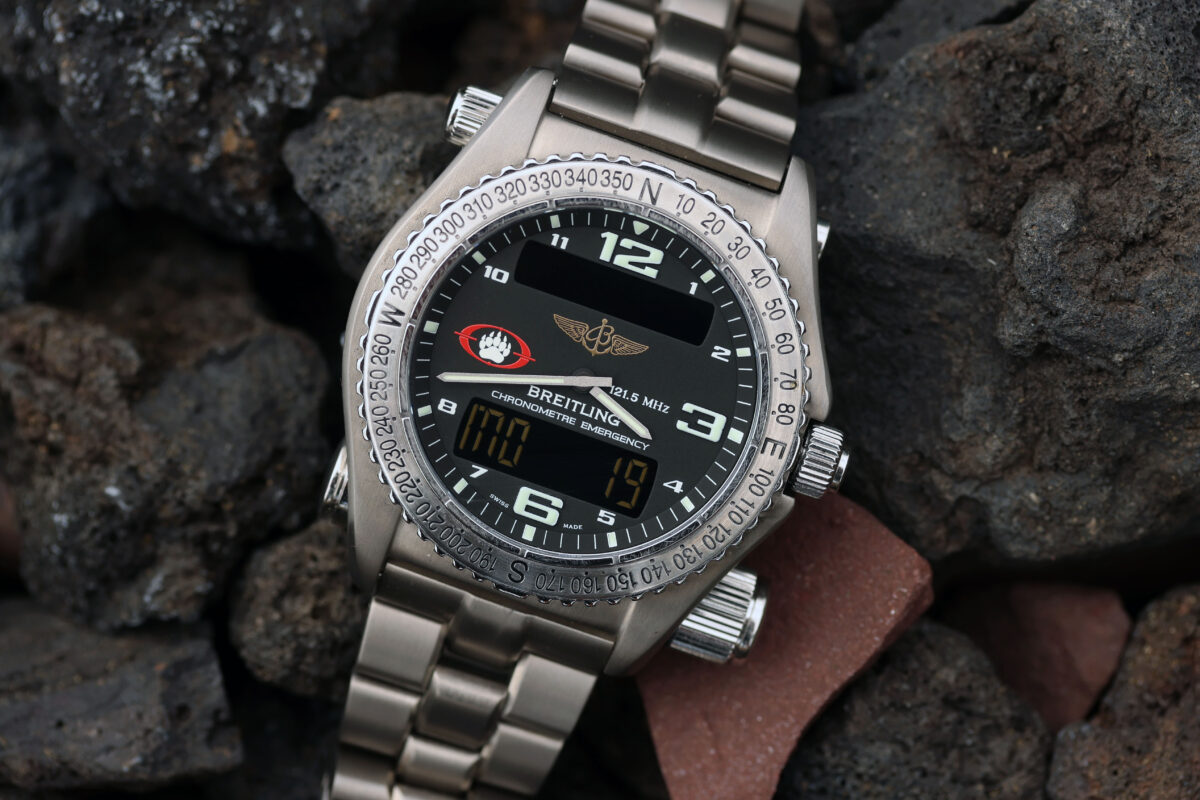 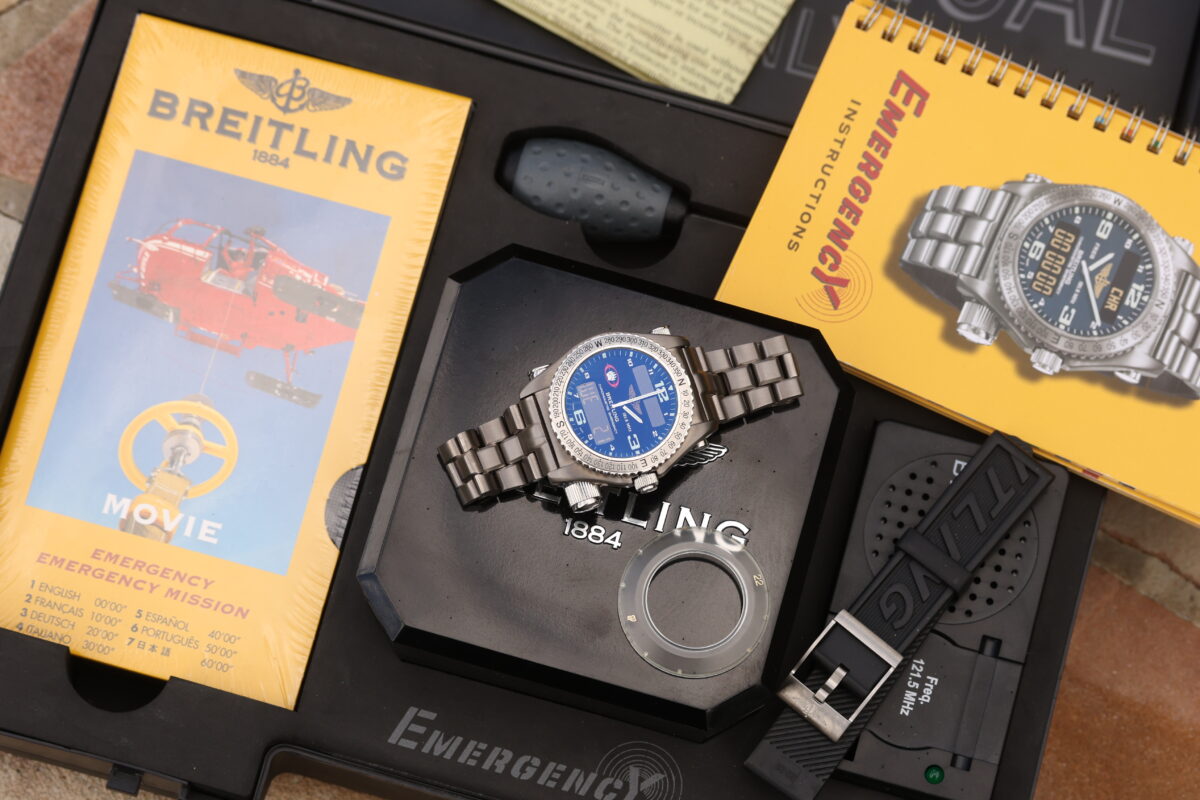 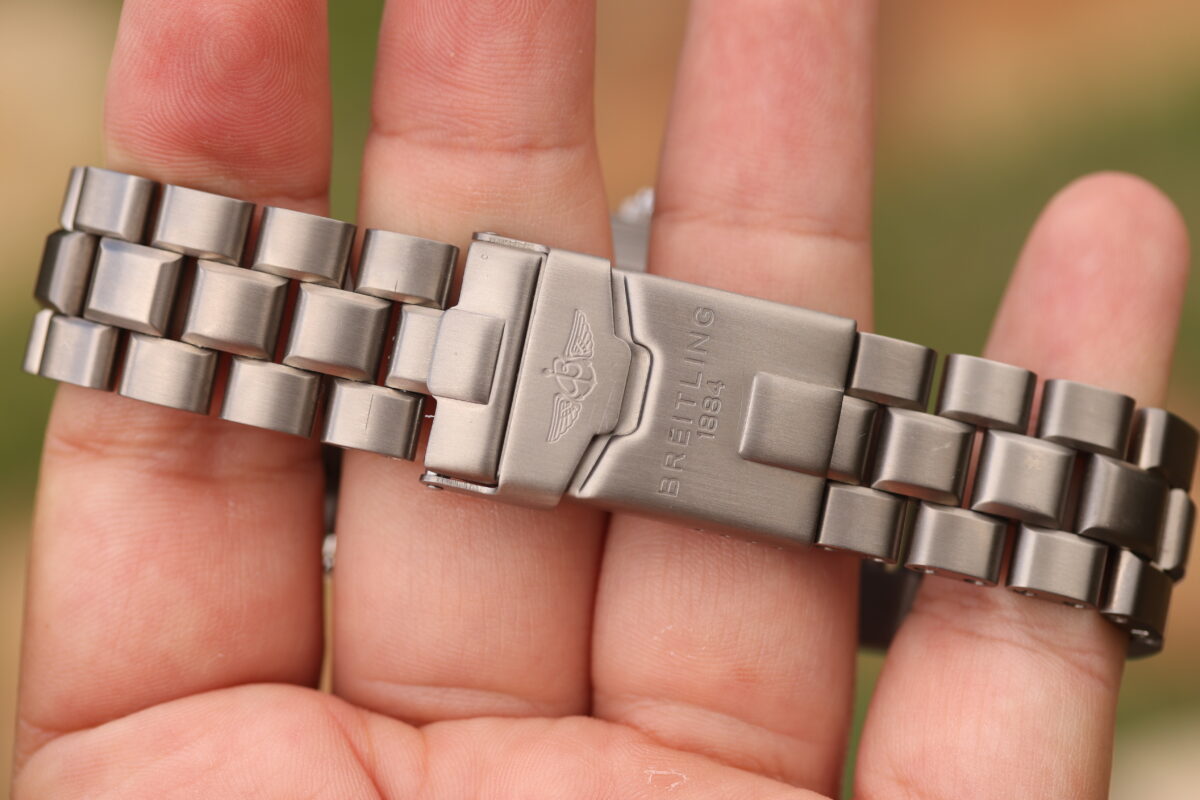 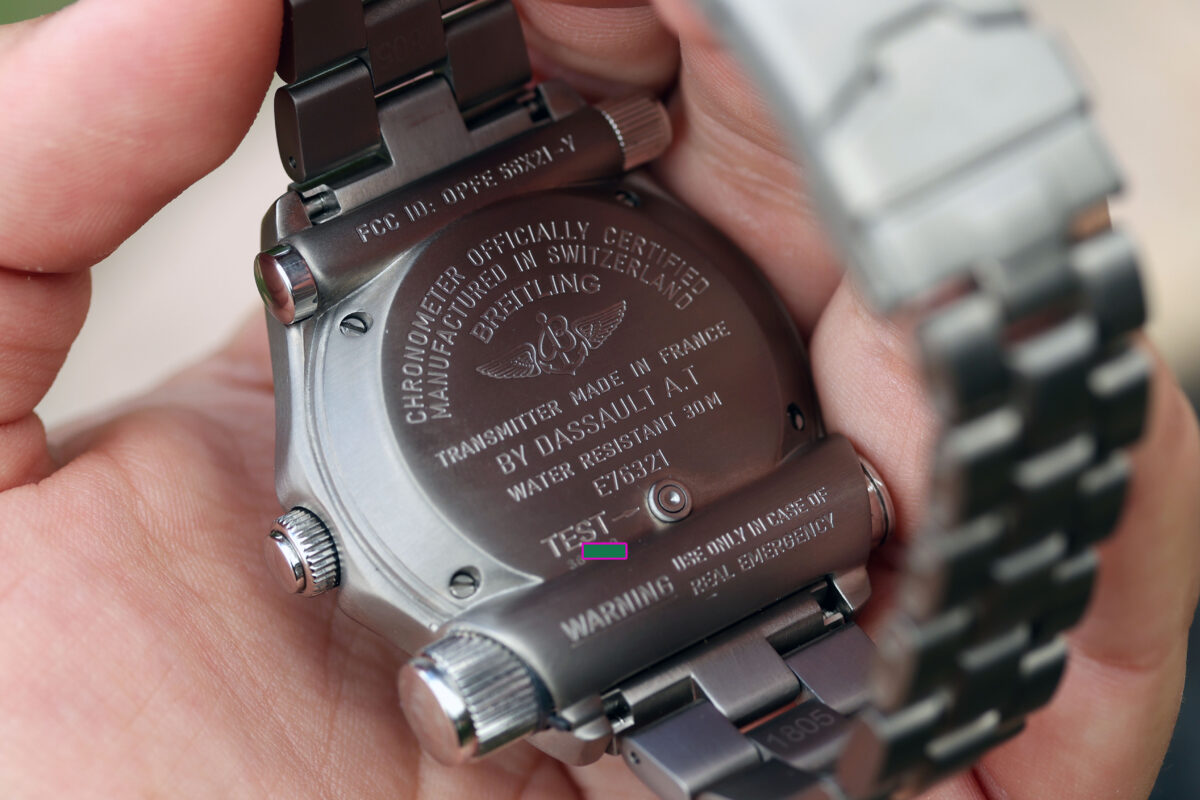 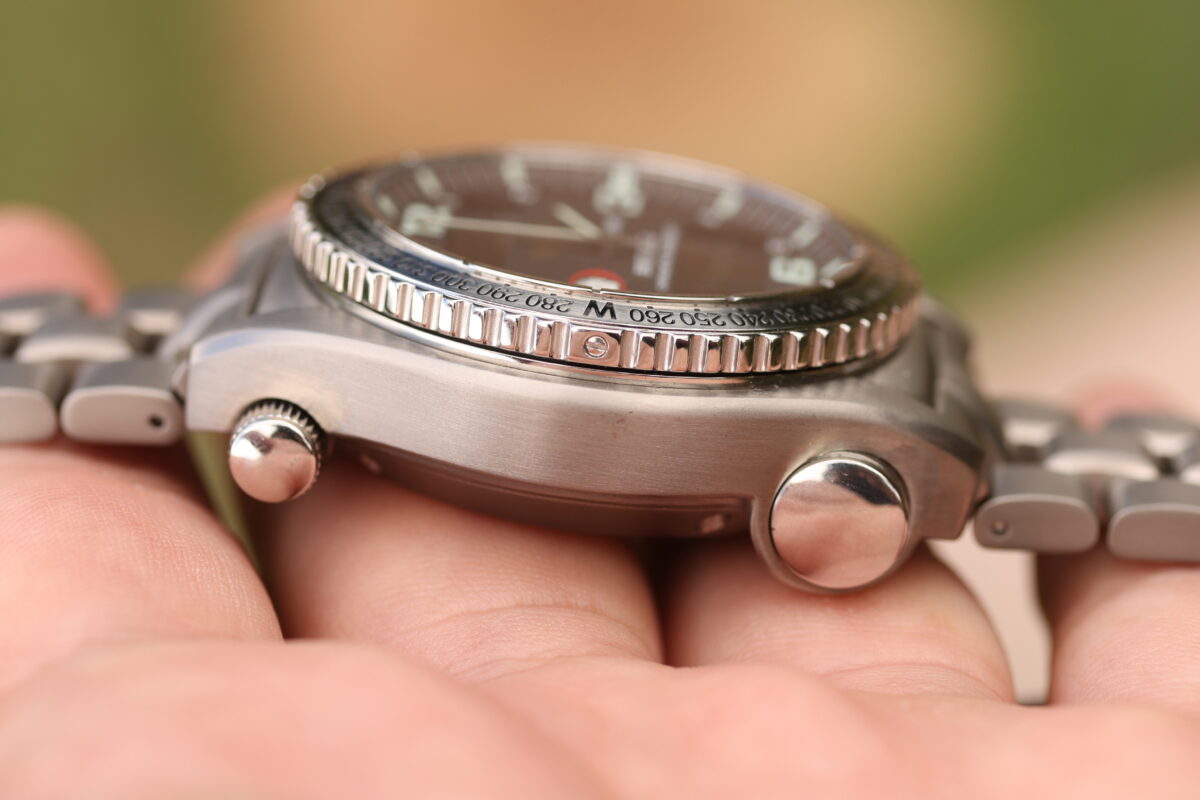 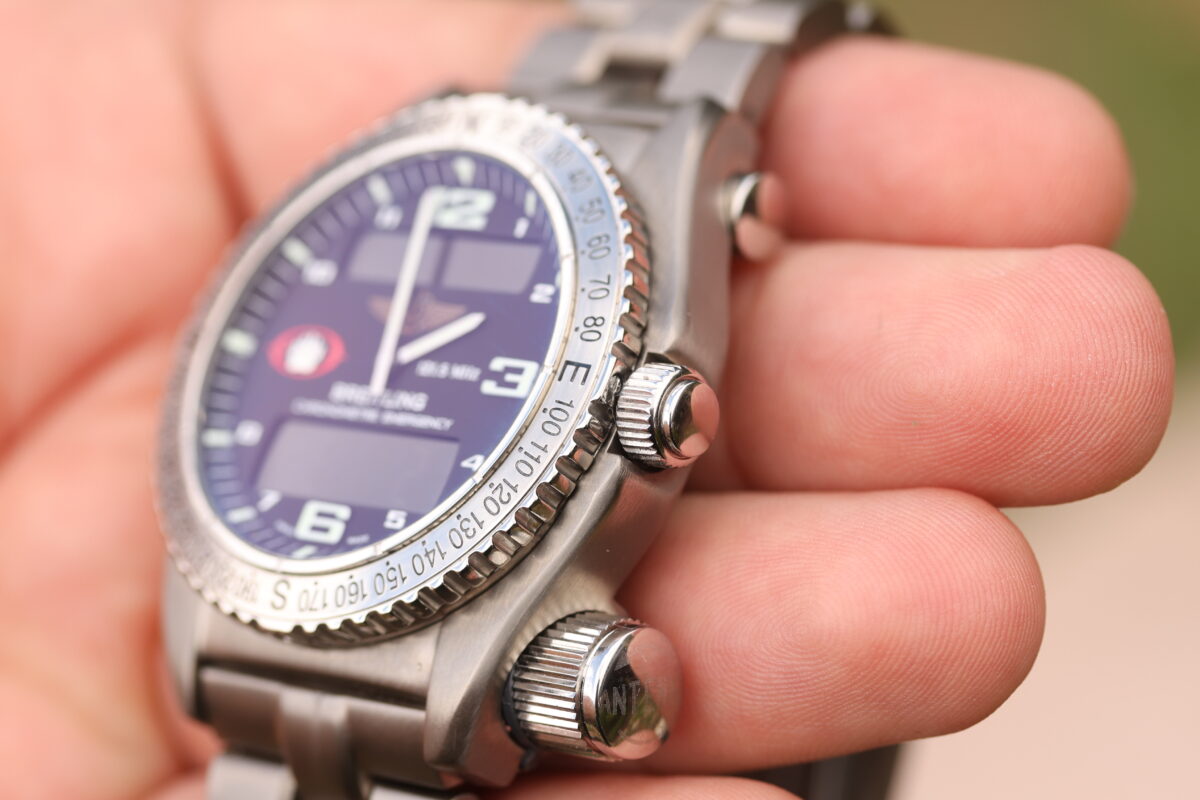 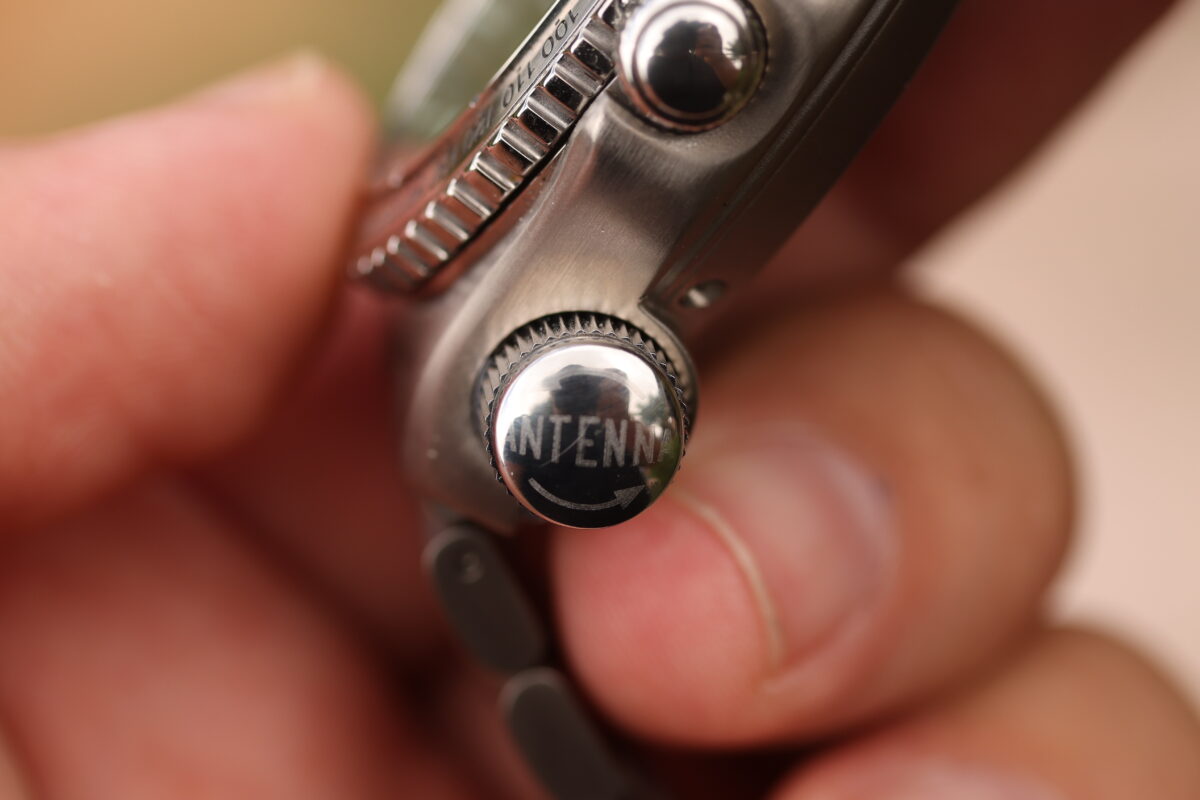 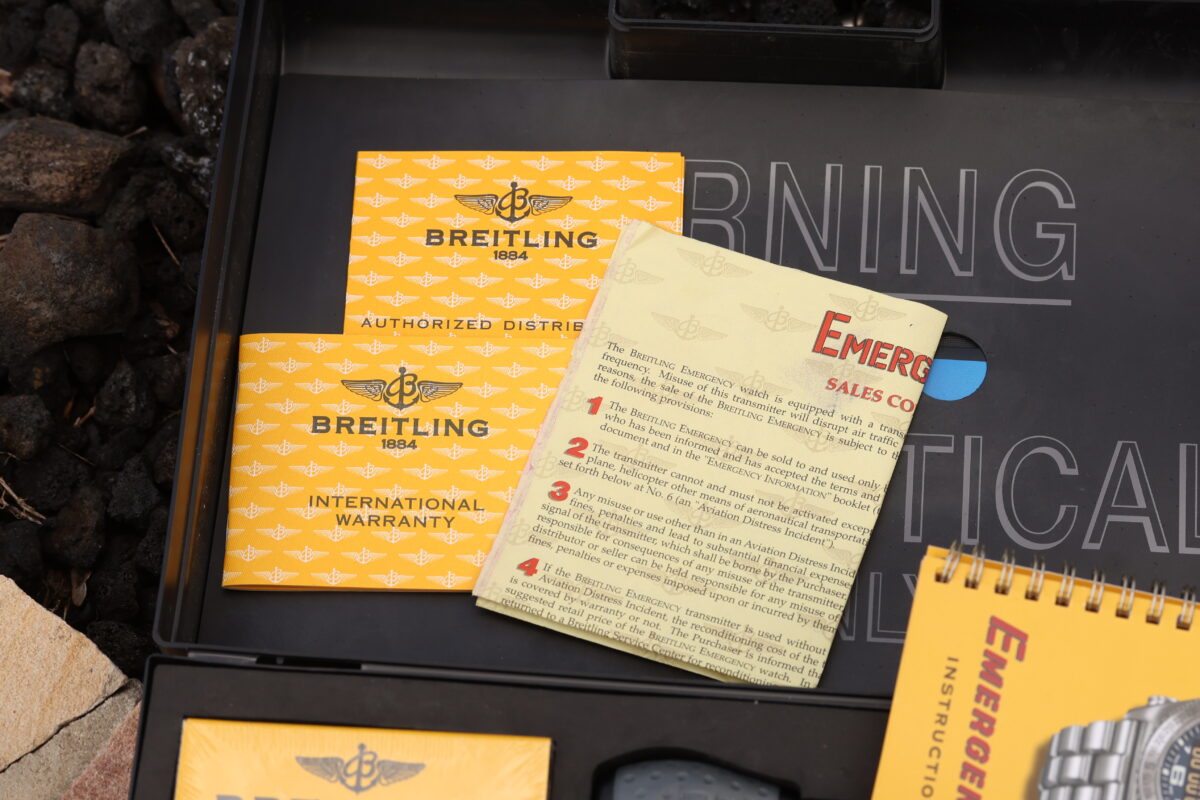 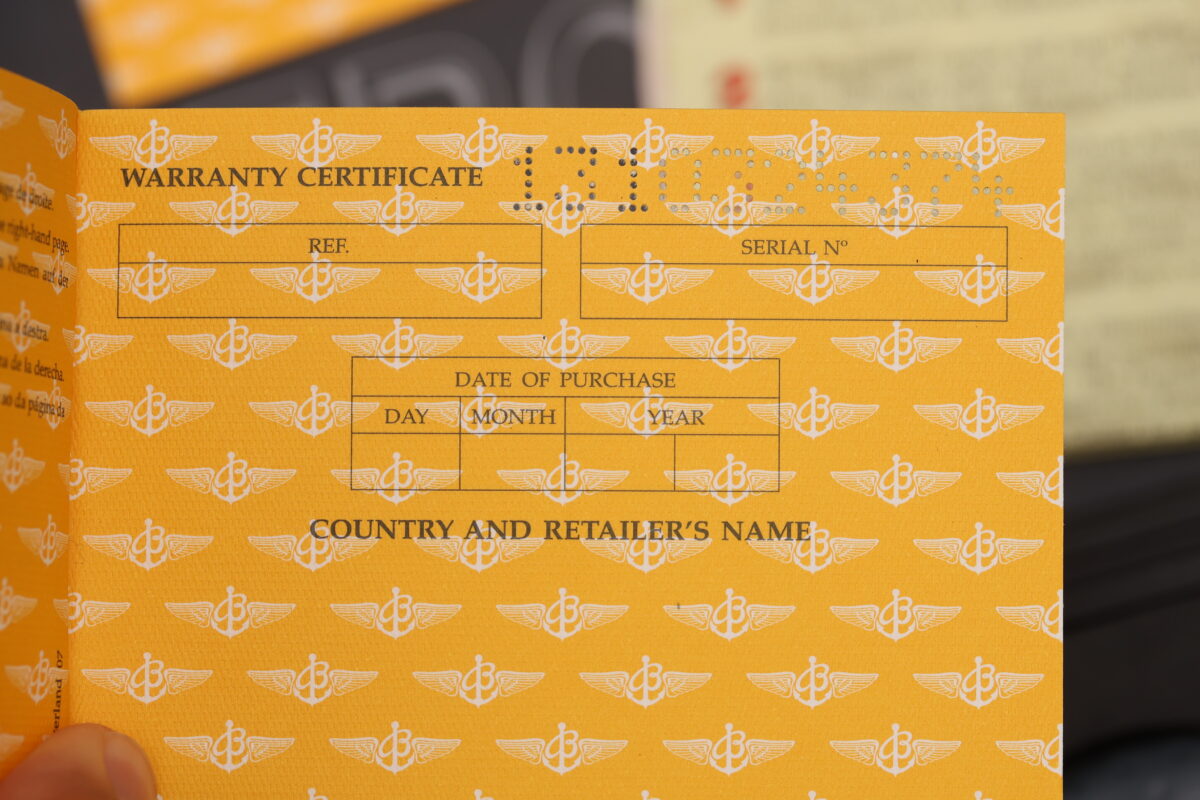 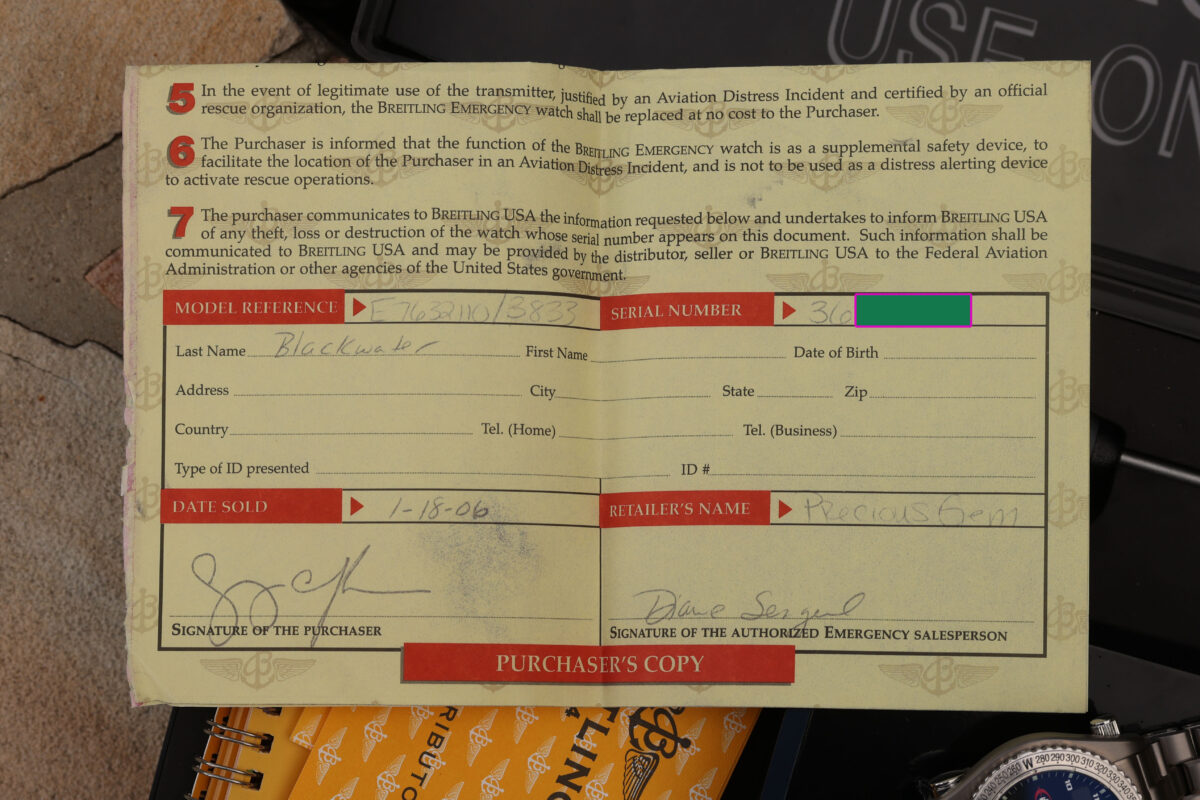 PLEASE NOTE! If you are using PayPal/Credit Card as a form of payment, we cannot refund the processing fee of 3% if you decide to return the watch. New PayPal policy states that they will no longer refund the fee they take from us even if the watch is returned and transaction is reversed. Again, if you pay by PayPal or Credit Card (which is processed by PayPal) and decide to return the watch, you will be getting a refund in amount 3% less than what you originally pay.
Categories: Featured, Modern Luxury, Omega, Rolex
Browse

Up for grabs is a Breitling Emergency

Based on Sales Contract, the watch is purchased new in 2006. Warranty card was not filled out or dated.

This watch was one of 150 special ordered by Blackwater, a notorious private military company which has since changed its name. According to research, Blackwater ordered an initial batch of 100 of these watches through an AD in Williamsburg, Virginia in 2006 and then followed it by another order of 50. All of these watches were given out to Blackwater’s lieutenants, contractors who deployed overseas as well as board members. This watch in particular was acquired in Virginia Beach, Virginia, but the owner history is not disclosed or known. Just like most of these, the sales contract appears to be signed by Gary Jackson, the President of Blackwater at the time. Also, as you can see, there is no name or address on contract, and only Blackwater listed. This was done due to both, privacy and the fact that it was not yet known exactly who would receive this watch. A very interest piece of military history whether you support Blackwater or criticize them. Since the company is no longer called Blackwater, there will never be another watch made with this logo.

The watch itself is in nice condition. Some scratches on top of the bezel, but no major wear or dents or deep scratches anywhere. Fully linked bracelet.

It comes as a complete set with Breitling suitcase box, watch box, tester, screw driver, manual, unopened VHS tape :), warranty papers and the sales contract copy. The serial number on contract doesn’t match the watch, but this is common occurrence as they were picked up from AD at same time and signed at same time. Most of these that I’ve had don’t even have the sales contract as its been discarded.